If you wanna build a fancy led matrix display with only a few pixels, this is exactly what YOU need!

Step 1: Get all what you need! 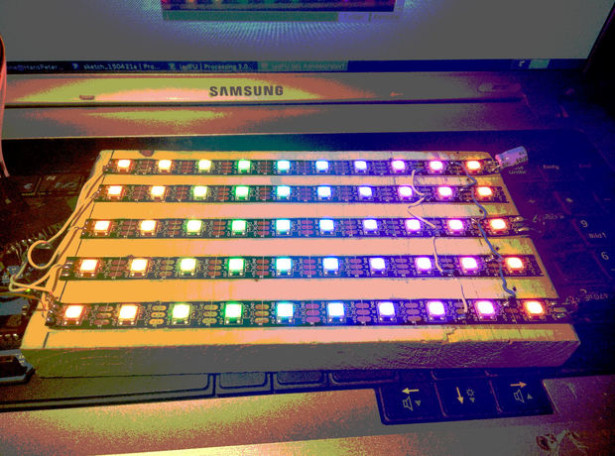 Step 2: Craft it to one part

Use your crafting tools to bind the led’s onto a base (something like a piece of wood or something else of your favor). Arrange them in a matrix of a size like 5 by 10 Led’s.

I added on every second line an capacitor, because the LED’s need much power. And I don’t put the data out to the data in of an other line, because I wanna drive them parallel on 5 IO pins.