Torex Semiconductor Ltd. has launched the XC6193/XC6194 as new series of Push Button. 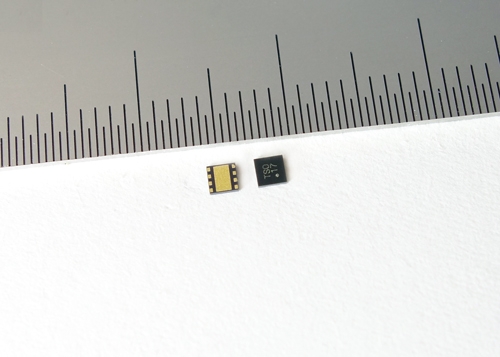 In recent years there have been strong calls for power conservation of IoT and wearable devices and demand to increase operation time. Torex is proposing the XC6193/XC6194 to solve these problems.

This IC is push button load switch that greatly reduces the power consumed during post-load wait and when power is off and allows the power to be shut down when there is a system freeze. It also contributes to device energy conservation and longer operation time. When the main power is turned off to conserve power, the device power can be conserved by the microcomputer entering the Deep Sleep Mode or by using microcomputer and external components (discrete) to switch the power on and off. This IC does not require external components and just the IC is used to turn the power line on and off. In addition, the power line is shut down (OFF) after the shipment test of devices with built-in batteries to greatly reduce the power consumption when the device is stored for a long time. The current consumed when the power off is just 1nA (TYP.), which is very low consumption. When a system freeze has occurred and you want to compulsorily turn off the power, it cannot be done with a device that turns the system (microcomputer) power on and off, but using this IC the system (microcomputer) can be independently operated to surely turn off the power.

The XC6193 Series uses an external Pch MOSFET in addition to the built-in high side switch, so it can be used as a large current load switch.

The XC6194 Series has a built-in PG (Power Good) terminal and a built-in function for monitoring power start up.

A toilet queueing app for serious poopers. Uses resin.io, firebase and twilio to notify people when the toilet is open...