There’s something to be said for über-powerful cyberdecks, but there’s also a certain appeal to less powerful decks squeezed into a tiny form factor. [Christian Lo] has designed a cyberdeck that looks like a simple ortholinear keyboard but is running a more flexible environment. 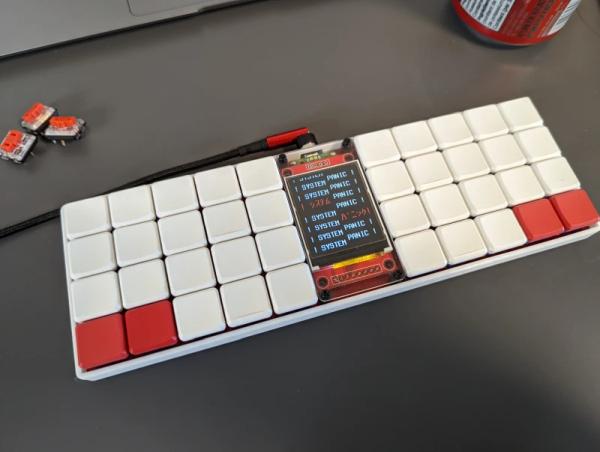 There are games and animations you can play on QMK, but [Lo] felt that a different framework would give him more flexibility to really stretch the limits of what this Raspberry Pi Pico-powered deck could do. He decided to go with a Rust-based firmware with the keyberon library and says, “it felt like I was in control of the firmware.” While the board is using Rust for now, [Lo] says he’s open to conversations about other firmware options to achieve his goals, like a virtual pet game for the board.

The PCB is described as “bog standard” with the possible exception of placing the Pi in a cutout on the board to keep things as low profile as possible. The trade-off comes in the form of reduced board rigidity and potentially increased strain on the connections to the microcontroller.

Looking for more cool cyberdecks? Check out the Winners of the 2022 Cyberdeck Contest or go see all the entries on the Contest Page.

Source: 2022 CYBERDECK CONTEST: KEEZYBOOST40 IS A CYBERDECK MASQUERADING AS A KEYBOARD