Voyant Photonics has created a lidar system that could be fitted on the head of a pin. 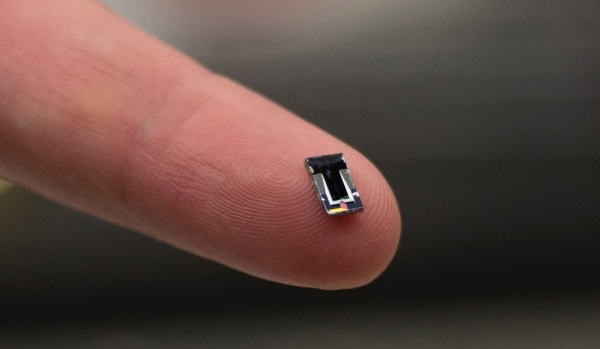 This development is noteworthy because LIDAR is a method by which robots and autonomous vehicles sense the world around them, but the lasers and sensors are usually large and use up a considerable amount of space. LIDAR solutions available today are still, as large as the size of a hand, and the ones available for use in production vehicles are quite larger. A very small lidar unit can be placed in every corner of a car, and many other industries could use it to provide rich data.

The idea behind LIDAR involves a single laser being swept across a scene multiple times per second, its reflection is meticulously calculated to track the distances of objects. But due to the bulky nature of mechanically steered lasers which are slow and prone to failure, companies are attempting new techniques, like flash Lidar (illuminating the whole scene at once), or metamaterials (steering the beam with complex electronic surfaces instead). However, Voyant has pioneered a technique to apply silicon photonics to lidar (silicon photonics, is the manipulation of light on a chip for various purposes).

Voyant’s “optical phased arrays” method alters the phase of the light traveling through the chip. This results in a strong beam of non-visible light that can be played over a wide overlay of the environment at high speed with no moving parts at all.

Voyant co-founder Steven Miller says “This is an enabling technology because it’s so small… We’re talking cubic centimeter volumes. There’s a lot of electronics that can’t accommodate a lidar the size of a softball — think about drones and things that are weight-sensitive, or robotics, where it needs to be on the tip of its arm.”

Read more: $4.3M RAISED BY VOYANT PHOTONICS FOR LIDAR TO BE FITTED ON THE HEAD OF A PIN