SB Components has gone to Kickstarter to launch an open source hardware and software PiArm robotic arm kit aimed at the DIY maker and education markets. The PiArm starts at a super early bird price of 199 Pounds ($263) if you bring your own Raspberry Pi.

The 6-axis, 430mm (16.9-inch) tall PiArm offers servos with 360 degrees of rotation freedom and includes a gripper. It can “pick and place, detect objects, sense motions or anything in its area, with any given orientation,” says SB Components. The PiArm can be controlled with or without the supplied Python programming libraries. Options include laptop, joystick, and mobile phone controls. Control apps are available for the laptop and mobile devices. 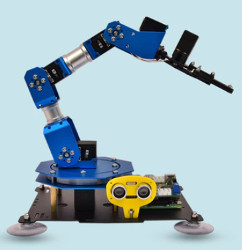 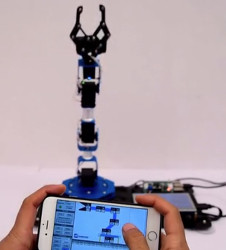 All these packages can be purchased with a 35-Pound, 1.4GHz Raspberry Pi Model 3B+ and a 32-Pound kit that combines a Raspberry Pi Camera with an ultrasonic sensor. It works with just about any Raspberry Pi Model B or A series SBC, however, as well as the RPi Zero W. Assuming the project reaches its $6,607 goal by April 25, the kits will ship in June. 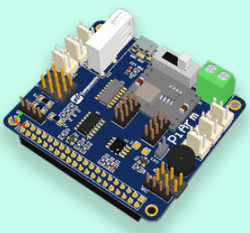 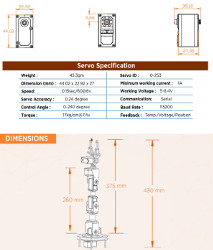 The PiArm Servo Shield communicates with the Raspberry Pi via serial-to-USB or 40-pin GPIO interfaces and supports analog and digital serial bus servo interfaces. It’s equipped with temperature, voltage, and IR sensors, as well as the optional ultrasonic sensor. You can also connect a sound sensor.

The metallic robotic arm supplies a potentiometer, double shaft fixation, metal bearings, and alloy gears. It offers multi-color status LEDs for each of its servo motors.

The PiArm is available on Kickstarter through Apr. 25 at a super early bird price of 199 Pounds ($263) without the Raspberry Pi 3B+. Shipments begin in June. More information may be found on SB Components’ PiArm Kickstarter page