Filming in slow-motion has long become a standard feature on the higher end of the smartphone spectrum, and can turn the most trivial physical activity into a majestic action shot to share on social media. It also unveils some little wonders of nature that are otherwise hidden to our eyes: the formation of a lightning flash during a thunderstorm, a hummingbird flapping its wings, or an avocado reaching that perfect moment of ripeness. Altogether, it’s a fun way of recording videos, and as [Robert Elder] shows, something you can do with a few dollars worth of Raspberry Pi equipment at a whopping rate of 660 FPS, if you can live with some limitations. 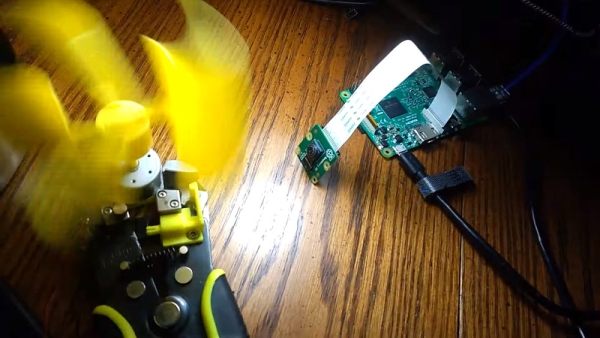 Taking the classic 24 FPS, this will turn a one-second video into a nearly half-minute long slo-mo-fest. To achieve such a frame rate in the first place, [Robert] uses [Hermann-SW]’s modified version of raspiraw to get raw image data straight from the camera sensor to the Pi’s memory, leaving all the heavy lifting of processing it into an actual video for after all the frames are retrieved. RAM size is of course one limiting factor for recording length, but memory bandwidth is the bigger problem, restricting the resolution to 64×640 pixels on the cheaper $6 camera model he uses. Yes, sixty-four pixels height — but hey, look at that super wide-screen aspect ratio!

While you won’t get the highest quality out of this, it’s still an exciting and inexpensive way to play around with slow motion. You can always step up your game though, and have a look at this DIY high-speed camera instead. And well, here’s one mounted on a lawnmower blade destroying anything but a printer.