Mikroe known for its array of software and hardware tools for developing embedded systems is offering a universal programmer and debugger for ARM processor that allows programming over USB-C or WiFi. The device is called the CODEGRIP FOR ARM. 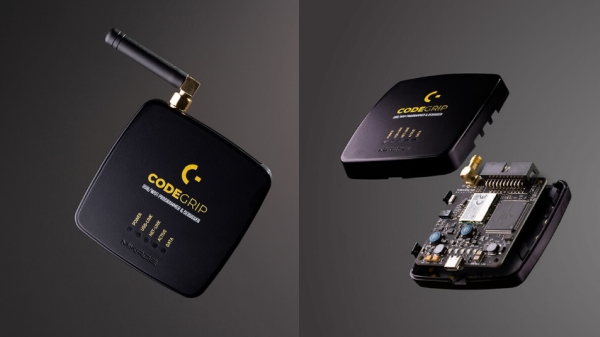 CODEGRIP for ARM is a universal programmer and debugger that is built for programming different set of microcontroller devices based on the ARM® Cortex®-M architecture. It supports ARM Cortex M0, M3, M4, and M7. Furthermore, it is capable of working with about 1611 MCUs in the market ranging from STM32, Kinetis, TIVA, CEC, and MSP families of the processor and more MCUs will be added in the future. With it’s carefully built and its aesthetic look, CODEGRIP is a debugger/programmer to have and be absolutely proud of.

CODEGRIP for ARM provides extra interfacing options as compared to other programmers designed for ARM with the inclusion of wireless programming and the idea of using USB-C. Mikroe has even claimed it is the “World’s First Debugger Over WiFi,” well not sure if that claim is valid or not since we have seen quite some other WiFi hacks for ARM debuggers. The USB-C connector offers better performance and better use cases, compared to the traditional used USB Type A/B connectors. With the Wireless connectivity, you don’t have to be limited by some physical connection, and this will help speed up troubleshoot and development time.

Read more: A UNIVERSAL PROGRAMMER AND DEBUGGER FOR ARM OVER USB-C AND WIFI

The hydroMazing system manages your growing environment by making localized data-driven decisions so that you don't have to worry. It...