How easy is it to get your Raspberry Pi eavesdropping on satellites 20,000 km up in the sky? Wonderfully easy thanks to Linux, and affordable thanks to Adafruit’s Ultimate GPS Breakout! 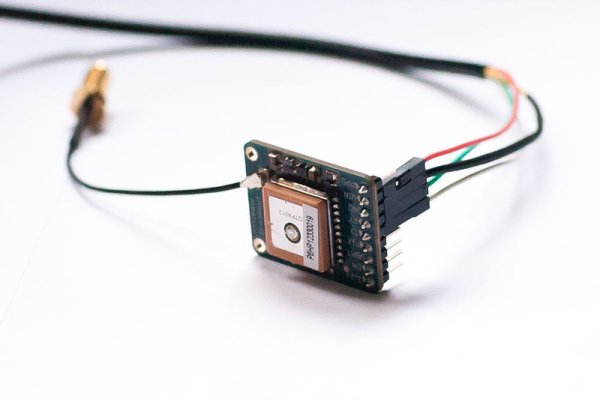 Don’t forget to also read our Ultimate GPS tutorial which has a lot of information about this GPS module and datasheets/example code that you will find handy!

The easiest way to get start is to use an inexpensive USB to TTL adapter cable with your GPS module.

You can of course use the HW UART directly on the Pi, but as you can see in this tutorial (Freeing UART on the Pi) it’s a bit more complicated, and there are no secondary consequences with the USB adapter.

This tutorial will assume that we are using the USB to TTL cable mentionned above, and that we are running on Occidentalis or Rasbian using the wonderfully painless WebIDE. Occidentalis & Rasbian already has the drivers for PL2303-based cables pre-installed, so you just need to plug it in and it should show up as /dev/ttyUSB0). 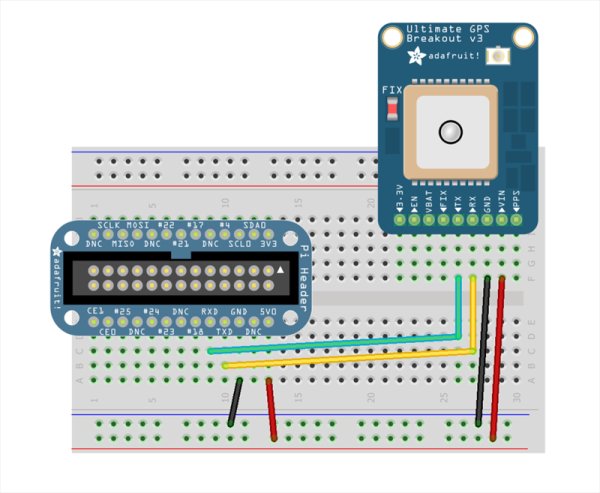 Hooking The Breakout Up

The first thing you’ll need to do is to hook your Ultimate GPS Breakout up to the Pi with the adapter cable. The following diagram shows you what you need to know, essentially just connecting the cables of the same color together.

While the module on the Ultimate GPS Breakout has an exceptionally sensitive antenna and may work indoors as is, you may want to pick up an external GPS Antenna and an SMA to u.FL adapter cable if this is for indoor use. This will allow you to keep the Pi and GPS breakout indoors, but run the antenna out a window or at least near one for improved reliability ans signal integrity.

Setting up the USB Adapter

Once you plug the USB cable into the Pi, the adapter should show up as /dev/ttyUSB0 (though the ‘0’ may be different if you have other ttyUSB adapters present).

You can see a list of all ttyUSB devices by entering the following into the console (I’m using the ‘terminal’ feature in Adafruit’s browser-based WebIDE here for convenience sake!):

For more detail: Adafruit Ultimate GPS on the Raspberry Pi

Ring, Ring! Who's that callin'? It's your breadboard! Introducing Adafruit FONA MiniGSM, an adorable all-in-one cellular phone module that lets...