Before I started working for Pelagicore I won two Raspberry Pi’s (short RP) which they sponsored. One because I was one of the first people on the foss-gbg mailinglist which they started. It is for people from Gothenburg and surroundings who would like to join others and talk about open source stuff in Gothenburg. And another which I won because I was on a hackaton for embedded systems they hosted. I also already had one more from before which I wanted to use as my entertainment system in the living room but this never really worked, I described why in a earlier blogpost. 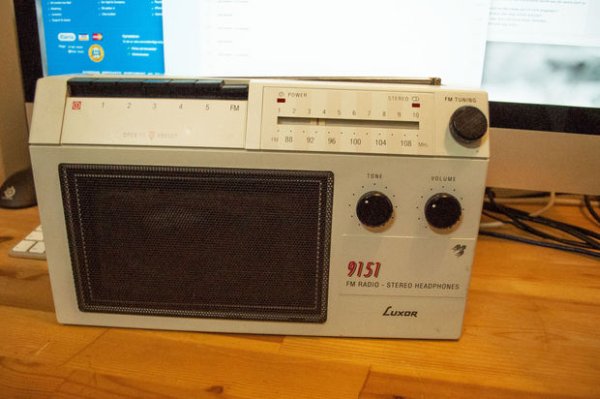 Anyway, I had 3 RP’s and didn’t know what to do with them. Then a colleague showed me a YouTube video
where someone made a remote controllable entertainment system built in to the bath room ceiling with help of a RP, a amplifier and a couple of loudspeakers.

I often listen to podcasts or german radio on my computer and have often the problem that when I go out of the kitchen to the bath room or the bedroom. I was thinking about buying a couple of those AirPlay speakers, but I found all of them really expensive for what they did and I never got around researching if there are some I would like.

But that video gave me a great idea: Why not use one of my RP’s, put it into an old radio and stream audio from my iMac or iPhone to that mobile device. I could take this then with me to both the bathroom and the bedroom, and even outside if I wanted.

I know I could learn everything about electronics and just use the radios transformer to get rechargeable batteries charged and the 5V which the RP needs. I sure even could find out how to hack in between the built in tuner and amplifier to use both together with the built in speaker for the audio.

But I am a lazy person, I don’t have much free time and I have the money to buy other parts which make it easier for me to get the project done. You know, refining a already working project is so much easier then getting it perfect from the start. 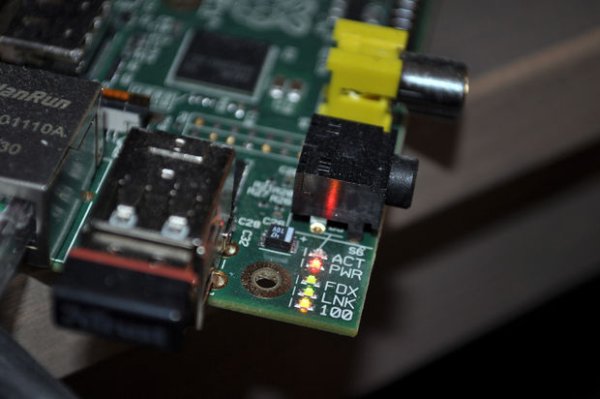 So I bought a big rechargeable battery with a USB input for charging and output for the RP.

At home I already had one of those really small USB chargers. I removed
the plastic shell and soldered it to the power input of the the old radio. That way I can load the battery without removing it, just by plugging in the radio into a normal 230 V power outlet.

For more detail: AirPlay Radio with Raspberry Pi and WiFi

My progeny loves operating our Nerf TerraDrone named James. He is able to animate James while trying to stay out...