NASA is planning to land the first woman and next man on the Moon by 2024. But in order to get there it needs to simulate the mission. Now the agency has the supercomputer to do just that. 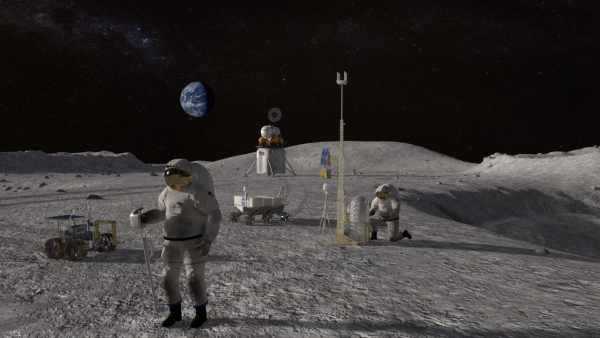 Last week, NASA opened its new Modular Supercomputing Facility (MSF) at the Ames Research Center in California. The first supercomputer to be housed there is called Aitken, and it’s going to help NASA prepare for future Moon landings.

The MSF was constructed to allow NASA to extend its Advanced Supercomputing facility which services over 1,500 scientists and engineers. At the same time, it drastically reduces the amount of electricity and water required to cool supercomputers through a combination of “outdoor air, fan technology, and a circulating water system.”

The facility is split into 16 modules, with the first module housing Aitken, which is a custom-designed supercomputer developed by Hewlett Packard Enterprise (HPE) and based on its SGI 8600 end-to-end high-performance computing platform. Aitken is named after astronomer Robert Grant Aitken, who specialized in binary star systems.

Aitken will be used to run simulations of the entry, descent, and landing stages of NASA’s next manned mission to the surface of the Moon as part of the Artemis program. We’re expecting a lunar landing at the lunar South Pole at some point in 2024, meaning there’s ample time to run very complex simulations to ensure the mission goes without a hitch.

Cirrus7 has launched an “AI-Box TX2” mini-PC with a Jetson TX2 module with -20 to 70°C extended temperature support. Cirrus7...