In this project I will show you how to arm/disarm an alarm zone using a tactile switch connected to your Raspberry Pi.

Edit the globals.py file by typing the following command at the command prompt:
Configure the arm/disarm variables as per figure 3: 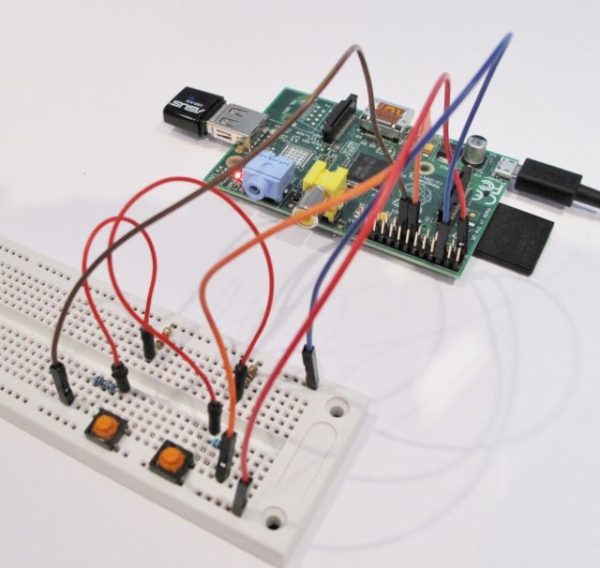 Save the file by typing:
Ctrl-x y ENTER
Run the program from the command line:
sudo python alarm.py
Now press the arm button. A message similar to the following will be sent to the server:
Host Update: https://www.privateeyepi.com/alarmhost.php?u=YourUser&p=YourPassword&function=18&opcode0=YourZone

Now go to your dashboard at www.privateeyepi.com and verify that the zone is armed.

Next press the disarm button. You should see a message similar to the following:
Host Update: https://www.privateeyepi.com/alarmhost.php?u=YourUser&p=YourPassword&function=19&opcode0=YourZone
Now refresh the screen of the dashboard and the zone should be disarmed.
If everything went to plan you are ready to put alarm.py back into production. Edit the program as you did before using NANO and set the PrintToScreen variable to false. Press Ctrl-x y ENTER to save. If you are using the automated alarm system from this tutorial then reboot your Raspberry Pi by typing sudo reboot, otherwise run the alarm from the command line as
before.
For more detail: Arm/Disarm Using a Switch

Boot the Raspberry Pi from USB

Hello world, time for me to gift some raspberry pi to the people. So here's my story, I recently graduated...