Much like astronauts and pilots, doctors, it turns out, are increasingly running simulations in virtual worlds to sharpen their skills. Using a host of video game technologies, some of which employ the latest VR headsets and others that run on standard screens, surgeons and first-responders are able to practice all sorts of procedures without harming real patients. 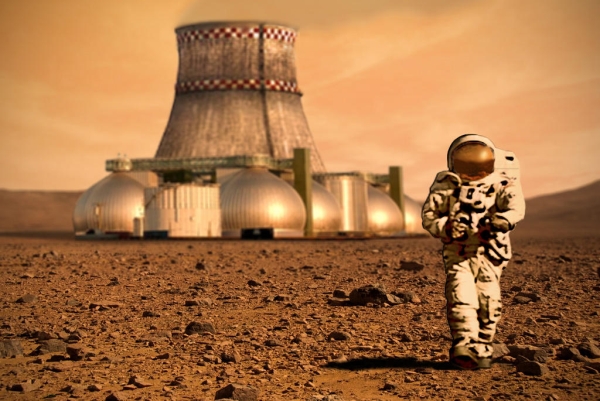 Now some of that technology is migrating back to astronauts, thanks to Level Ex, which makes medical video games for doctors and has just received a grant from the Translational Research Institute for Space Health (TRISH) to build a virtual human simulation framework for NASA.

Why train astronauts to perform medical procedures? Turns out space is a really tough environment for the human body. In a recent twin study conducted on astronauts Mark and Scott Kelly, the impact of long term space deployments came into clearer view. Cognitively, Scott, who recently completed a year-long post on the International Space Station, had “a more pronounced decrease in speed and accuracy” post-flight, according to NASA.

It’s long been known that the very structure of vital organs, including the heart and vascular system, can change during space travel. As NASA increasingly looks toward longer missions in the run-up to a possible Mars landing, there’s increased attention on ensuring astronauts stay healthy en route. Currently, when a medical issue arises in space, astronauts communicate with a medical team in Mission Control. But the further astronauts venture out into space, the longer the latency period between communications. Deep space exploration will bring communications delays of more than half-an-hour — too long should an emergency arise.

That’s where the video games come in.

“TRISH is dedicated to adopting the most advanced terrestrial technologies that have the potential to address NASA’s future space health challenges,” says Dr. Aenor Sawyer, TRISH’s Chief Health Innovation Officer. “We identified Level Ex as having advanced capabilities in data-driven simulation and rendering of virtual patients and devices across platforms that are unmatched in the simulation ecosystem. By adapting their technology to include space conditions, we will lay the foundation for essential medical training and future real-time autonomous guidance for astronauts.”

The TRISH grant will enable Level Ex to create simulations that improve astronauts’ abilities to respond to and handle medical emergencies in space, taking into account gravity’s impact on the human body and the long delays in communication between the flight crew and the ground.

“With half a million medical professionals already playing our medical games, we’re eager to apply the work we’ve done to another critically important area of healthcare,” says Sam Glassenberg, CEO and founder of Level Ex. “Not only do I foresee this partnership shaping the future of spaceflight medicine, but there is no doubt that our discoveries and advancements will make Level Ex’s technology more robust, which will benefit terrestrial medical education across the board.”

The TRISH grant will give Level Ex 12 months of funding toward developing the initial framework. Modules will train and educate astronauts around specific medical scenarios in space and how to address them.

Source: Astronauts playing video games could save lives in space