In this Instructable, we’ll learn how to make an Aeroponics system that’s controlled via the Raspberry Pi, and uses the Raspberry Pi Camera module to take photos of your plants. Aeroponics is a pretty unconventional method of gardening, but that’s what makes it fun!Aeroponics makes use of mist in a closed environment to provide a plant  with the necessary elements to survive. Usually, a plant’s roots are suspended in a mist container, while the rest of the plant sits above the setup. As an indoor setup, aeroponics is compatible with pretty much anything you want to plant and can be used year round! Some other benefits include: a cleaner environment which reduces the need for chemicals and pesticides, conservation of water and space, and consistent yields. 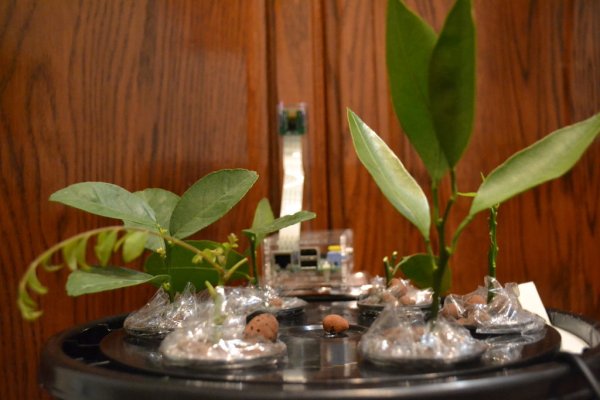 Aeroponics can be used to germinate seeds or develop cuttings all the way to full size. For this Instructable, I’ll be using orange, curry, and lemon cuttings.

Fun Fact: NASA has a history of research in Aeroponics.

You will need:
5 gallon Bucket (Any similar container should work, you’ll just have to adapt)
Black spray paint (If your bucket allows in a significant amount of light)
Net pots
Clay beads
Pond Fogger/ any misting device
Hole saw (should match the size of your net pots)
Clear tubing (1-2 feet will suffice if you’re using a 5 gallon bucket)
Watertight sealant
Any sort of plastic/lexan (I used some of both)
Raspberry Pi
Raspberry Pi Camera
Jumper wires
PowerSwitch Tail II power cord
Plant cuttings (keep them in water or gather them during the necessary step so they don’t dry out)
Saran Wrap (Optional)

Here, we’ll create holes in the lid that will house the net pots. Begin by dividing the lid into equal portions. Find and mark (or pilot hole) equally spaced locations, making sure that they are spaced enough so that when the hole saw is used the holes don’t overlap. Use the hole saw on the marked spots. Finally, I used a knife to clean up the holes.

Two more cutouts will be added to the bucket. Let’s start with with one for watering. First, create a cutout using the plastic/lexan, this will cover the hole you then make in the bucket. The bucket I used had a convenient indent than ran around the rim, which allowed me to make a clever sliding cover. However, any sort of hole with a lexan/plastic cutout cover will work. Next, simply choose another spot and drill a hole of the smallest size possible that will still allow the wire from your fogger through. This completes the lid preparation! 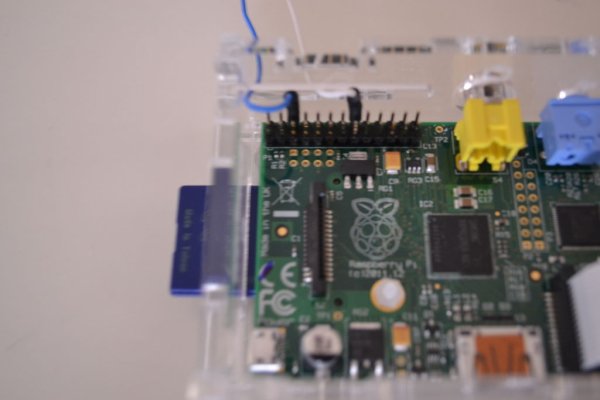 Now that you have a functioning aeroponics setup, it’s time to add some raspberry pi! A quick test of the fogger (placing it in the bucket with water and routing it to a power source) showed that the container works as planned.Next, you’ll want to get out the lexan and begin creating a mount for the Raspberry Pi. I started with a rectangular piece of lexan which i bent into  a V shape, with some bent flaps at the end. The mount grabs the indent on the bucket and holds itself along the side. This makes a level platform for the raspberry pi to simply sit on. Using another thin strip of lexan, a simple mount could be made for the camera module. I drilled some holes in the camera mount, and using paper clips (resourceful, I know) I attached the camera to the mount.  The camera mount and RPi mount are simply glued together with super glue. Depending on what container you use, your mount will probably have to be modified a bit.

I find that adding a small screw under the Raspberry Pi mount makes for added support.