Use a TensorFlow SSD MobileNetV2 DNN on the Raspberry Pi plus Pi Camera to build an autonomous car capable of object detection. This project will show how to transform a (Raspberry Pi + Pi Camera ) powered RC car into one capable of object detection and autonomous driving. To do this we will deploy two deep neural networks. One for object detection and the other for autonomous driving using inference for steering and throttle. An RPi 3 serves as the vehicle computer. Due to limited resources on the RPi only one of the networks can run at a time.

The idea is to train the neural network to identify garbage bins so that the car can pick em up autonomously. 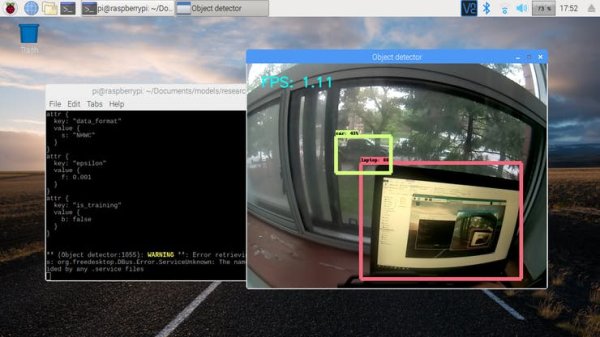 In the second part we are going to use behavioral cloning to get the car to navigate autonomously. The modified car will also be augmented with additional sensors such as ultrasonic distance sensor, GPS and 6-DOF IMU as well as implement additional telemetry features.

Back in 2017 (a year ago), Google released MobileNet, and earlier this year MobileNetV2. These networks are custom optimized for working on embedded devices like smartphones. Coincidentally the MPU used on RPi 3 falls in this category since it can run either Linux or Android.

The first problem one encounters is the limited RAM and computational capacity of Raspberry Pi 3. Even though this is a quad core MPU it is still not enough when dealing with massive weight files needed by YOLO (You Only Look Once) type networks.

The first solution that comes to mind is to send the image acquired via the Pi Camera via WIFI to an external PC and do the object inference stage there and then send commands to the Donkey Car. In essence we have to contact the mother-ship on every step.This is inefficient not to mention impractical in scenarios when communication with an external laptop is not possible.

I initially tested a VGG16 network which was relatively accurate when detecting garbage bins. However it could not run on the RPi since the weights alone were around 350MB!To test the VGG network refer to the attached code at the end with similar images as input. 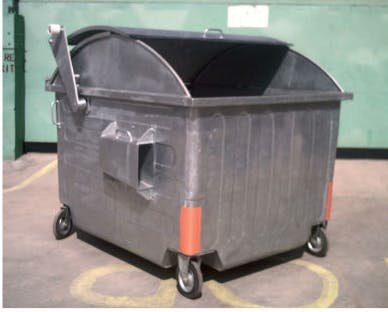 So to solve the problem of huge weights sizes we are going to run all models on the RPi using slimmer networks. Specifically we are going to use the a MobileNetV2 Single Shot Detector based CNN. This is a DNN which has been optimized to have very small (relatively) weights. 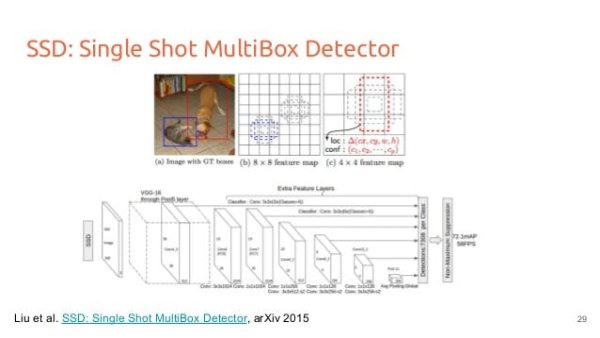 The technique is called transfer learning since we are using a pre-trained network weights.

Before we delve into the software we have to make some hardware modifications.

A Magnet car was used for the Donkey Car project. Magnet is an RC (remote controlled) car that operates using a 2.4GHz multi-channel radio. To transform the Magnet into a Donkey car there are a couple of steps that have to be undertaken.

First remove the top-cover by removing the clips and two screws on the back. You will find a cage with two drivers. Remove this too and then remove the outer top cage.Now you have access to the circuits on the car. From the top once can see the receiver, the ESC (Electronic Speed Controller) and the servo. 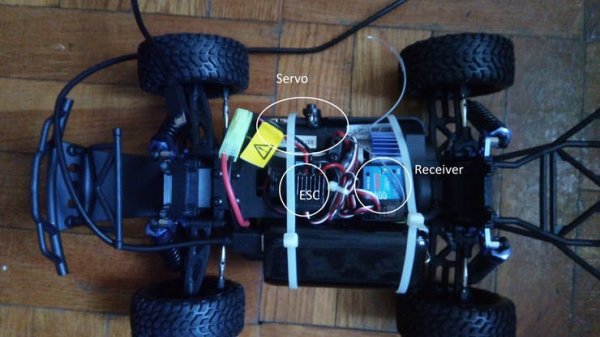 The receiver is a 4 channel receiver with a B/C (battery elimination) circuit. Each channel uses a 3 wire connector. Channels CH3 and CH4 are not used. The ESC takes the battery as input, power switch and the input from the receiver channel 1. The servo is connected to channel 0 of the receiver. The servo is used for steering. The steering angle can be trimmed manually if driving via a joystick or it has to be calibrated.

Two 3D printed plastic adapter are used, after removing the two screws and the body top. You have to screw the two adapters in place of the existing clips by using the same screws.After replacing the two clips with the two 3D printed adapters now we can mount the top wooden Donkey car plate. 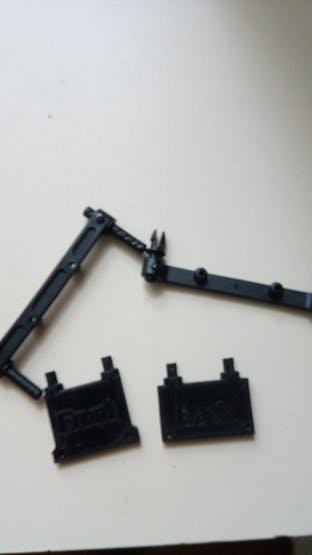 Adapters which replace the long clips

Next screw down the camera handle on the base board plate. Then place the plastic threaded parts on each hole. These are used for securing the Raspberry Pi and the servo controller in place.

When connecting to the external servo controller both of the connections to the receiver has to be disconnected from it and connected to channels 0 and 1 of the servo controller which we will later mount on on the DonkeyCar top-plate.

Mount the wooden plate on the adapters.Now use the clips to attach the DonkeyCar plate to the Magnet Chassis adapters.

The main issue with the standard configuration is that there is no sensor used to measure speed or distance to obstacles. I added an 6DOF MPU6050 IMU which allows the RPi to measure 3D acceleration and turns, Next I added a GPS to the serial port and also an HCSR04 sensor for distance measurement. The HCSR04 however works via 5V and needs a level shifter.

This completes the hardware stage of the unit. The Donkey Car has been fully converted into a 4 wheel vehicle equipped with :

All the additional sensors will be time-stamped upon acquisition and used to augment the training vectors for the deep neural network.

To support the extra sensor one has to modify the manage.py script to add this functionality.

To use the IMU, I initially tried a Python Library for FXOS8700 on Debian Stretch. This did not work out of the box due to the repeated start bug of the RPi, so I ended up using an MPU6050 which also comes with a gyroscope. 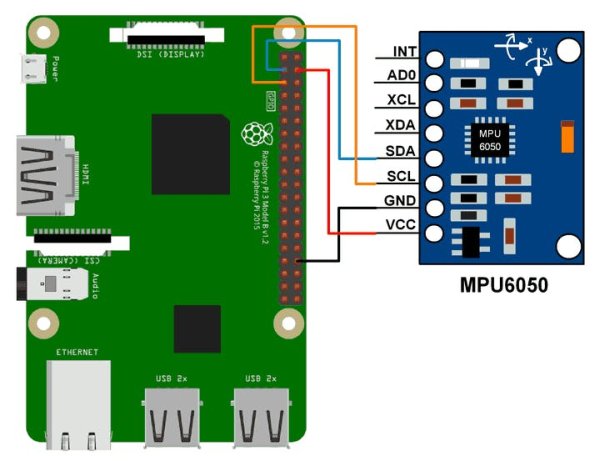 To test the IMU code use the following snippet below:

The following software needs to be from within the virtualenv for the MPU6050:

The meta.json file under the tub folder has to be augmented to support logging IMU data.

The manage.py file also has to be modified as below:

Finally I also added a GPS module to the unit. While this cannot be used indoor, it is useful to add for outdoor tests in areas where you can connect to a WIFI network. 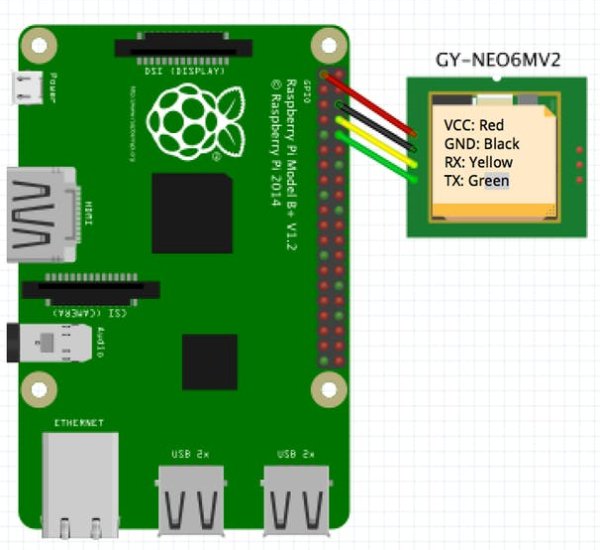 If one needs to log in GPS data the same modification as with the IMU have to be implemented.

To use the HSCR04 distance sensor once has to install the RPI.GPIO library from the python environment.

This sums up all the hardware modifications. In the end you are going to end up with a DonkeyCar that looks like this:

The idea here is to implement an AI pipeline for object detection running on the RPi. The first step will be to deploy an object detection DNN that will work on the RPi 3 without dependence on external devices. Let’s get started by installing the software needed.

The project uses TensorFlow and OpenCV. In simple terms in order to do inference on the Raspberry Pi we use an already trained network. After the weights are loaded object detection and inference is done for each camera frame.

One thing that needs to be pointed out is that TensorFlow uses a different file format unlike Keras which has a relatively simple workflow for loading weights as h5 files.

and export the path:

Finally when everything is installed and before you restart issue

Next step is to install the Protobuffer compiler for the weights of the MobileNetV2 SSD.

Keras uses a different file format from TensorFlow. So we have to deal with Protobuffers which is the native format for TensorFlow.

Compiling this will take quite a bit of time (~1.5 hr) on the RPi. The other solution is to cross-compile but we”ll have to keep it simple for now. Issue:

Now we are read to rumble. This will allow us to convert the weight into a format that TensorFlow understands.