Raspberry Pi is a powerful on-board computer series launched few years ago. Many similar boards appeared providing cheaper price or more features. The Chinese company “SinoVoIP” is manufacturing its own board “Banana Pi“, and recently they unveiled a new board that is similar to Raspberry Pi 3 and called “BPI-M2 Berry“. 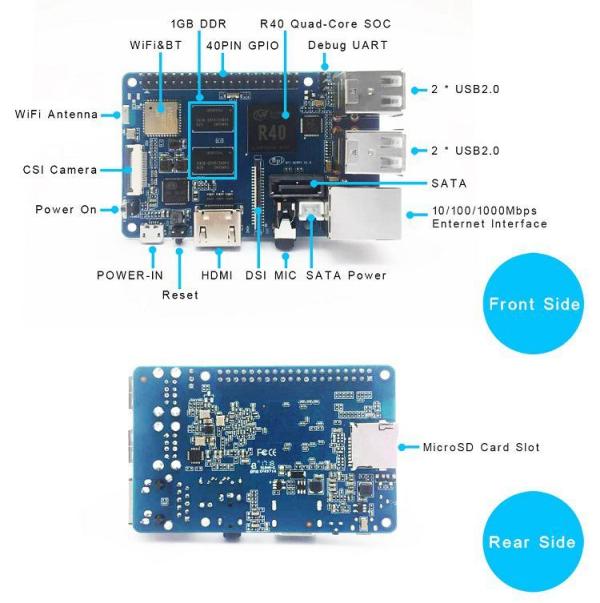 The BPi Berry features the Allwinner R40 32-bit quad-core ARM Cortex-A7 CPU giving it the same power of Raspberry Pi 2 version 1.0. It is similar to the BPi M2 Ultra that was released a few months back, but with 1 GB DDR3 SRAM instead of 2 GB and without eMMC Flash Memory. BPi Berry has a different size of other BPi boards, making it the first RPi size-compatible BPi with the same size and connector placement as the RPi3.

Compared with RPi3, BPi Berry adds a SATA port that allows the connection of an external hard disk or DVD/CDROM drive, which is convenient for applications that require lots of storage or faster throughput compared to USB memory sticks. Also there are differences in camera and display connectors, they are in the same place but with different sizes and the SD card slot is wider too.

How to Route Differential Pairs

How to Route Differential Pairs in Autodesk EAGLE If you’re designing a high speed PCB, then chances are you’re working...