Banana Pi, a company that produces Raspberry Pi-type devices, is teasing its new 24-core server board running Ubuntu. The upcoming server board comes equipped with 24 ARM Cortex A53 cores, 32GB of memory and supports NVMe storage. The company posted a quick demo video and a few images, but hasn’t said whether the project will come to market as a full server or just as a server board. A Banana Pi representative also commented on LinkedIn that the board supports OpenSuse, Tensorflow, Docker, ROS and Raspbian.

The company did not announce pricing or availability, so we’ll have to wait to learn more. However, the 5W chip features a 1 GHz clock speed, 4MB of L3 cache, four lanes of PCIe Gen 2 and support for ECC DDR4-2133 memory. The chip is largely believed to be a SocioNext SC2A11; although, this has not been confirmed. 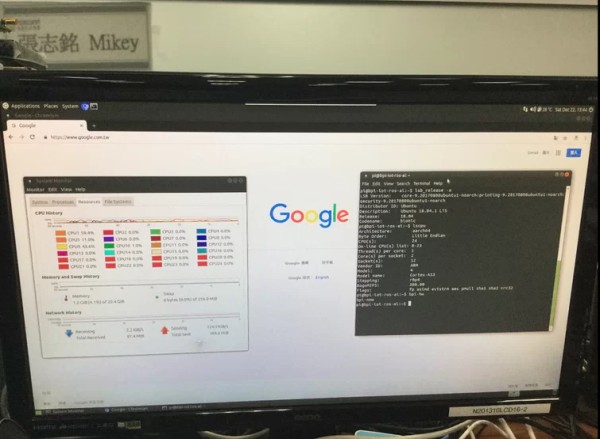 Supercomputers use massively parallel applications that scale well to multiple nodes, but researchers and companies often lack the financial backing to build (or rent) leading-edge facilities. Surprisingly, powerful clusters built from low-power and inexpensive Raspberry Pis are increasingly used by researchers and in academia. Even much more prominent names in the industry, such as the Los Alamos National Lab, have also deployed large supercomputers powered by Raspberry Pi clusters.

Low-power ARM server boards could also be useful in edge applications and for Linux developers, so Banana Pi could target a range of different market segments that are typically served by Raspberry Pi-type devices.