Linux is an Operating System’s Kernel. You might have heard of UNIX. Well, Linux is a UNIX clone. But it was actually created by Linus Torvalds from Scratch. Linux is free and open-source, that means that you can simply change anything in Linux and redistribute it in your own name! There are several Linux Distributions, commonly called “distros”. A few of them are: 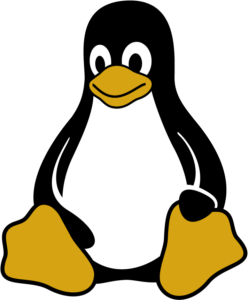 Linux is Mainly used in Servers. About 90% of the Internet is powered by Linux Servers. This is because Linux is fast, secure, and free! The main problem of using Windows Servers are their cost. This is solved by using Linux Servers. Forgot to mention, the OS that runs in about 80% of the Smartphones in the World, Android, is also made from the Linux Kernel. Yes, Linux is amazing! A simple example of its security is that most of the viruses in the world run on Windows, but not on Linux!

So, basically, Shell is a program that receives commands from the user and gives it to the OS to process and it shows the output. Linux’s shell is its main part. Its distros come in GUI(Graphical User Interface) but basically, Linux has a CLI (Command Line Interface). In this tutorial, we are going to cover the Basic Commands that we use in the Shell of Linux.

We can open the terminal by Ctrl+Alt+T in Ubuntu, or by pressing Alt+F2 and then typing in gnome-terminal and press Enter. In raspberry Pi, it is lxterminal that we should type in. There is also a GUI way of taking it, but this is better!

When you first open the terminal, you are in the home directory of your user. To know which directory you are in, you can use the “pwd” command. It gives us the Absolute Path, which means the path that starts from the root. The root is the base of the Linux filesystem. It is denoted by a forward slash( / ). The user directory is usually something like /home/username.

The “Is” command is used to know what files are there in the directory you are in. You can see all the hidden files by using the command “ls -a”.

“cd” is the command used to go to a directory. For example, if you are in the home folder, and you want to go to the Downloads folder, then you can type in “cd Downloads”. Remember, this command is case sensitive and you have to type in the name of the folder exactly as it is. But there is a problem with these commands. Imagine you have a folder named “Raspberry Pi”. In this case, when you type in “cd Raspberry Pi”, the shell will take the second argument of the command as a different one, so you will get an error saying that the directory does not exist. Here, you can use a backward slash. That is, you can use “cd Raspberry\ Pi” in this case. Spaces are denoted like this: If you just type “cd” and press Enter, it takes you to the home directory. To go back from a folder to the folder before that, you can type “cd ..” . The two dots represent back.

DIY 1GHz Active Probe For Under 20$

So, you're an electronics hobbyist and want a 1GHz* active probe, or a professional and tired of blowing your 2000$+...