BeaconAir is a Raspberry Pi based project that reads the advertising packets coming from iBeacons and roughly calculates the physical position of BeaconAir by Trilateration.  This is an application that uses my new iBeacon Python library that READS iBeacons on your Raspberry Pi.  It does not turn your Raspberry Pi into an iBeacon.  Lots of other people are doing that. 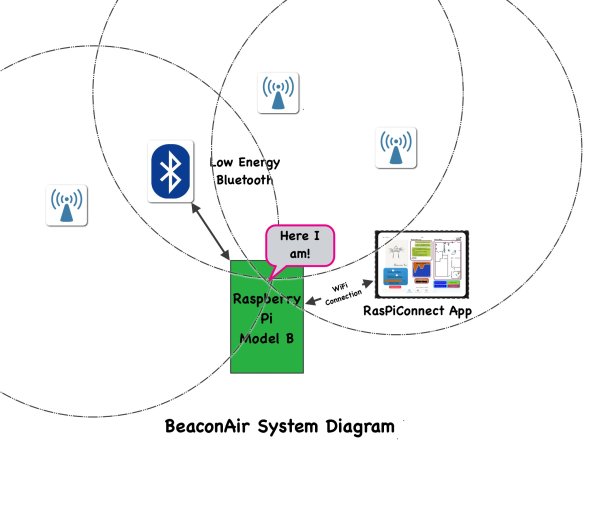 I have incorporated iBeacons into a couple of more projects.  For example,  putting an iBeacon on the collar of the cat to detect when the cat walks by.  This is an upgrade for the MouseAir Version 2 system to replace the VERY short range RFID tag in chipped cats.  There is also the other problem with pet’s RFID tags of there being three different standards for pet RFID tags.

So our three way solution to detecting the cat in MouseAir is now:

The BeaconAir hardware block diagram is shown below.  This diagram graphically shows how the trilateration works with the Raspberry Pi reading iBeacon. 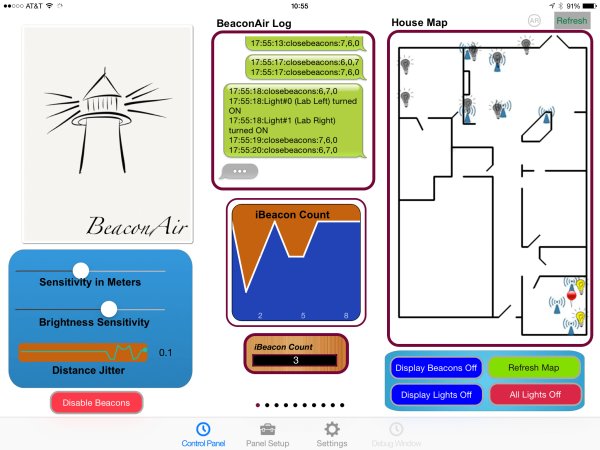 Below is the control panel for BeaconAir. It is done with the iPhone/iPad app RasPiConnect, allowing me to indulge my love of control panels without wiring up a single switch or LED.  I also get the bonus of being able to control my projects across town or across the world (as I did with Project Curacao – a Raspberry Pi / Arduino solar powered project – how cool is it to open a shutter and take a picture from 3500 miles away).

The new Raspberry Pi model B+ uses Micro SD cards(WOOHOO!!!), wait what if I have SD cards from my old...