Skip to content
Vivek Nanda has been a technical editor and content manager for over 20 years at B2B magazines in the electronics industry. He enjoys creating contextual content, crafting content strategy and working with online product development teams.

In 2017, The MagPi Magazine – the official Raspberry Pi magazine – announced that over 12.5 million of the Raspberry Pi single-board computers (SBCs) had been sold since the 2012 introduction of the first version. The Pi has not only proven to be a favorite of hobbyists, makers and engineers alike, it has even caught the interest of AI researchers at Microsoft.

Coupled with its explosion in popularity is the list of accessories that complement this SBC. The following is a list of recommended accessories for you, the Raspberry Pi aficionado.

If, however, you aren’t there yet, we can help you get started. So let’s start with a kit.

The starter kit for the new Raspberry Pi owner
We recommend Raspberry Pi Foundation’s own starter kit for a general exploration of the SBC. The kit includes a Raspberry Pi 3 Model B, 8-GB or 16-GB NOOBS SD card, case, a 2.5-A multi-region power supply, 1-m HDMI cable, optical mouse and a keyboard with high-quality scissor-switch action. 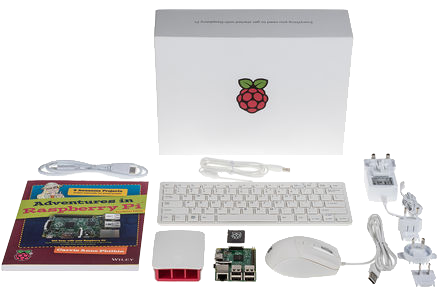 What we really like about this kit is that it comes with a copy of “Adventures in Raspberry Pi.” The author, Carrie Anne Philbin, guides you through your new SBC acquisition, demonstrates how to write programs in Scratch and Python, uses developer tools like Minecraft Pi and Sonic Pi and discusses several first projects.

Armed with a Raspberry Pi, it’s time to look at ways you can get the most of your SBC – through accessories and guidance.

Raspberry Pi Cookbook
First up is the book by Simon Monk that goes beyond the guidebook in the starter kit to give you over 200 recipes or projects. It will teach you how to set up and manage the board, connect it to a network, work with its Linux OS, program in Python, control other hardware including motors, acquire information from sensors and a lot more. The Raspberry Pi Cookbook is just $39.99.

If you want to delve deeper into the Python programming language, we also recommend Python for Microcontrollers: Getting Started with MicroPython. This book will not only teach you the Pi’s Python native language but arm you with eight additional example projects. 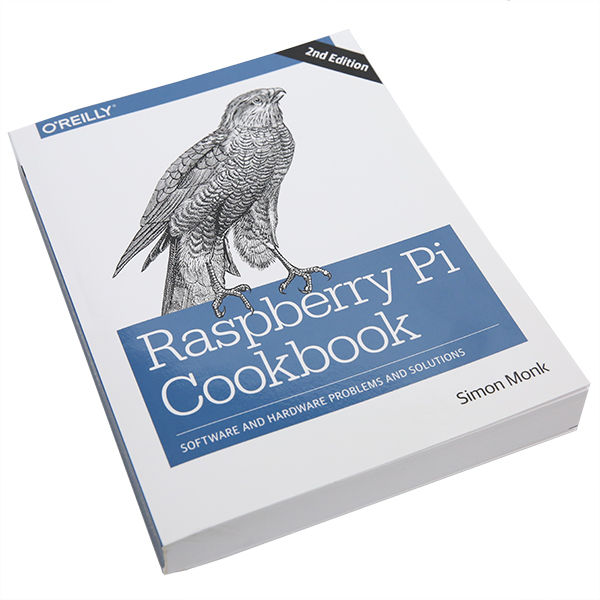 Google AIY Voice Kit for Raspberry Pi
To quickly build a ready-to-go project – in about an hour and a half flat – try AIY Projects’ Google AIY Voice Kit. For only $29.99, you can build yourself your own voice-activated home assistant.

The kit includes a voice Hardware-Attached-on-Top (HAT) accessory board, voice HAT microphone board, 3-in. speaker, arcade-style pushbutton, frame and plastic standoffs. All you’ll need to do is supply a Raspberry Pi 3 board, an SD card, size “00” Phillips screwdriver and some Scotch tape. 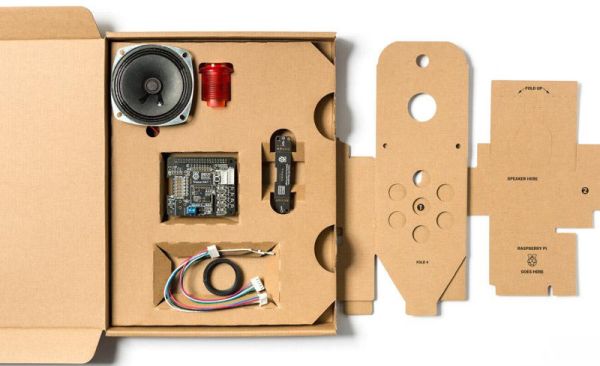 Joy Bonnet
If you are planning to build a gaming system, then you’ll need a game controller. Adafruit’s Joy Bonnet sits on top of a Pi Zero to enable arcade-like control. For only $15.61, this bargain controlleris a fully assembled HAT, which means you don’t need to solder anything. All you need to do is to install your script on the Pi and upload your emulator, such as the RetroPie or the EmulationStation. 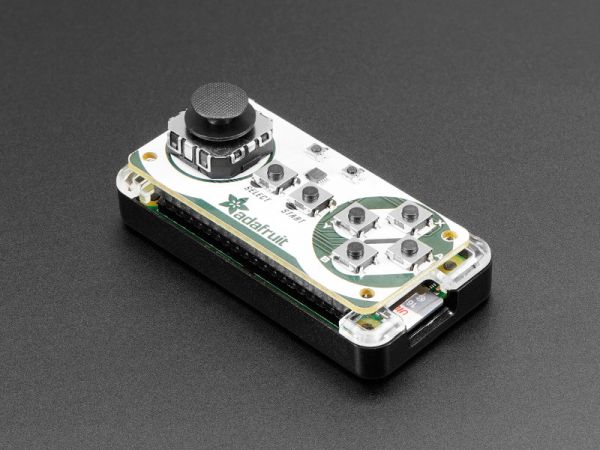 This HAT includes a gyro, accelerometer, magnetometer, temperature sensor, barometric pressure sensor and a humidity sensor. An 8 × 8 RGB LED matrix will display data from the sensors, and you can use a five-button joystick to interact with your project here on Earth.

You can buy the Sense HAT for $70.39 and download Raspberry Pi Foundation’s Python library here to control it. 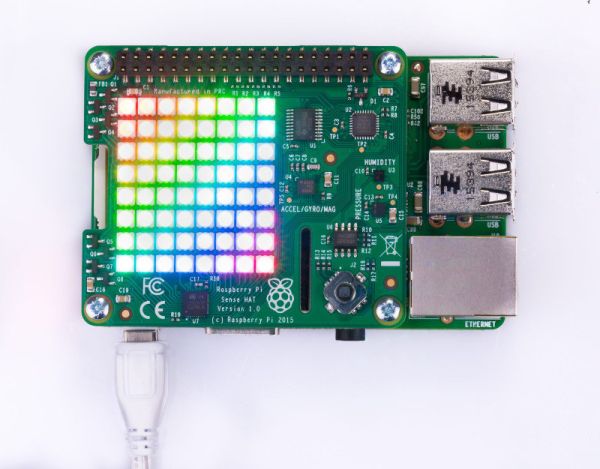 Adafruit 7-in. LCD TFT touchscreen
Turn the Pi into a tablet with Adafruit’s 7-in. touchscreen, which gives you a 1,024 x 600 resolution that is a good match for embedded computing needs.

You can power it over USB and input over HDMI. Included is a resistive touchscreen-to-mouse controller (AR1100) – a board that handles A/D conversion – as well as calibration software. A wired PCB with buttons allows you to enter the display’s menu for adjusting brightness, contrast and color. 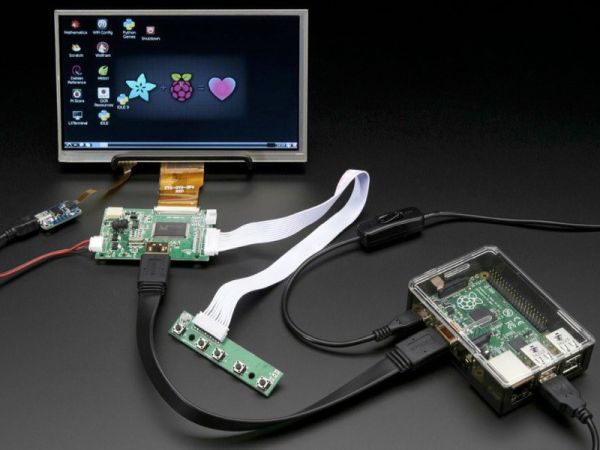 The Pi-Top Laptop
For those who are thinking of using the Pi as a thin client or more, the Pi-Top will get you an open-source laptop for only $299.99. You’ll get a 14-in. 1080p LCD, complete with an enclosure that includes a keyboard, trackpad and battery, a PCB to manage the connections between the Pi and the rest of the system, 8-GB SD card, cables and charger.

What’s best about this Pi-to-Laptop converter is that assembly is as easy as “clicking” the supplied parts into place. 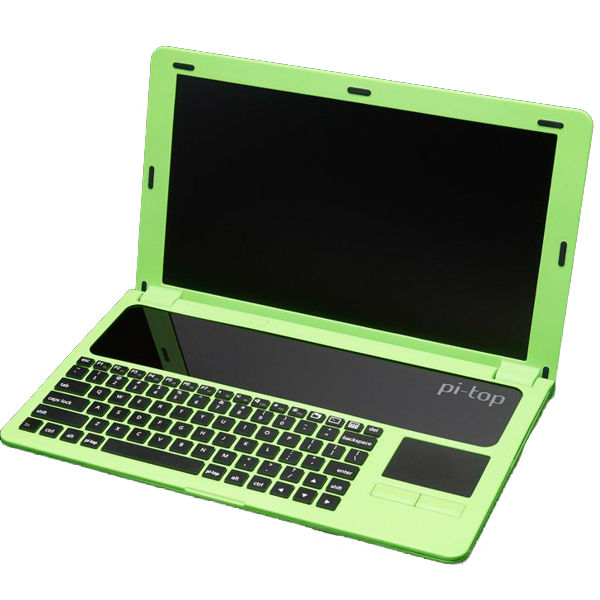 Pimoroni SkyWriter HAT
Our last pick is an accessory that will introduce you to the growing gesture control market. With the SkyWriter HAT, you can bring the power to use gestures to your Raspberry Pi (Models 3, 2, A+, B+ and Zero) for only $18.99.

The HAT has an electrical near-field 3D/gesture sensor that can detect your movements as far as 5 cm away and can work from behind non-conductive material-like fabric. It tracks finger movements and gestures such as tap/double-tap and finger flicks. 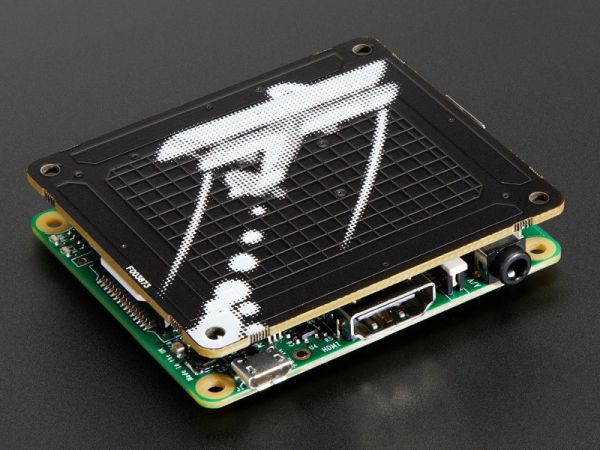 To learn more about these accessories and explore additional options, head to Arrow.com. If you opt to make a purchase and spend more than $20, you’ll enjoy free one-day shipping.

Measuring the speed of light with electronics

The speed of light in vacuum is a well-known universal constant and is considered to be the nature’s ultimate speed...