While Adafruit’s builders have built up a reputation for constructing very cool and original 3D printed toys, perhaps the most impressive of all their designs was the 3D printed Raspberry Pi Mini Computer, an actually working and customizable pc housed in a 3D printed structure. To refresh your memories, this very cool construction involved a 2,8″ TFT display  and a Raspberry Pi board computer capable of running old school Mac Apps like Mac Paint. The whole construction can be printed an assembled over the course of the weekend, so anyone looking for a cool printing and assembly project, check it out!

As the guys behind the multifunctional and wonderful Raspberry Pi have made a few updates – most significantly, they have released their very own browser – the Adafruit engineers have just released an update for their own designs. Anyone who has recreated their little pc in the past (or is thinking of doing so now), might well follow suit as it brings a few new functions to the table. 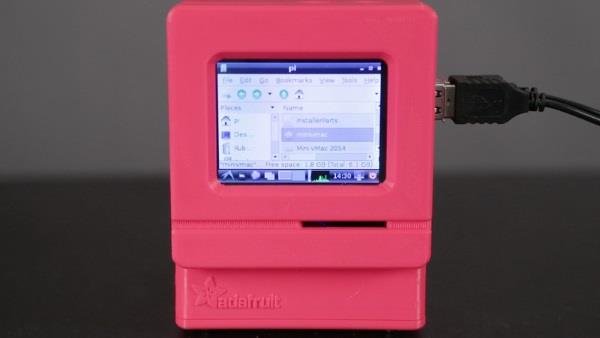 To install an update, head over to the Adafruit website. Setup will reportedly be pretty straightforward, though it needs a little tweaking to fix its default start-up mode. As it starts in portrait mode, you’ll need to set the ‘rotation to 270 degrees in the Adafruit modprobe config. Running the AutoMagic calibration script configures the touch screen for the new orientation.’

Now, not everything will run on this setup either, as it remains in PiTFT mode. While this means you still won’t be able to play Minecraft on a Minecraft-like pc, various other apps will work just fine. While the previous setup was good for little more than mac paint, Raspberry Pi’s new Epiphany Browser works excellently with the machine’s touch screen, and you can even run a variety of 3D printer-related apps on it like Astroprint.

The Adafruit guys were even so happy with its new possibilities, that its starting to play a larger role in their projects. ‘I really like the look of this project and it’s portable, rechargeable and easy to take apart – I admit this thing isn’t as quick or good as my mobile phone or tablet, but come on! It looks so friggin’ cute. This project isn’t just another novelty desk nick nack, it can actually be quite useful. Sure beats exclusively using it for mac paint. I think I may revisit this project for aRaspberry Pi B+ upgrade – There’s also a bigger 3.5″ PiTFT to consider.’ 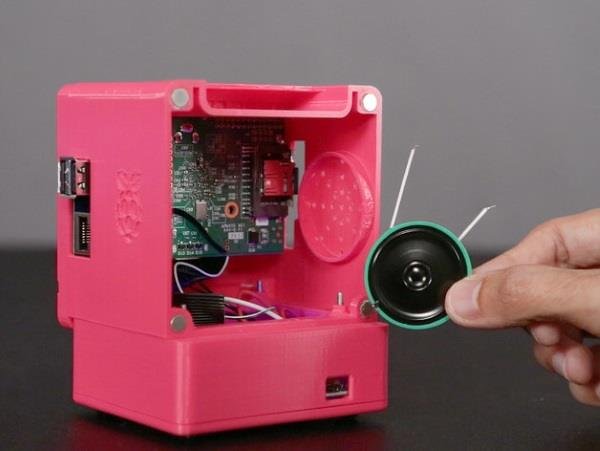 For those of you who haven’t constructed a 3D printed pc yet, and are now convinced to take this project on, the rest of the phases hardly change. Aside from the Raspberry Pi and a 3D printer, you only need a few other items to complete and customize your very own portable pc. These items are also inexpensive and easily ordered online: