In a previous post on Building a Raspberry Pi Cluster, I wrote about how we built a cluster  using several Raspberry Pis. This cluster was used for hosting the WSO2Con App. In this post we will take a look at the finishing touches & some interesting information from WSO2Con 2013.

The project was unveiled at WSO2Con 2013, London & was an instant hit. The team received many kudos from participants. 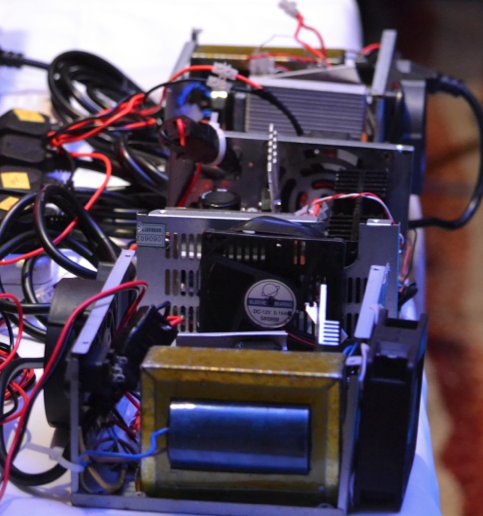 Shown below is the USB power distribution board which could power up to 8 Raspberry Pis, or a single row in the rack. Each USB power line contains an on/off (single pole – single throw) switch, connected in parallel with an indicator LED which was connected in series with a current limiting resistor.

The +5V & GND lines in the board were connected to the power supply.

The rack had to be very lightweight, and being able to easily disassemble it was a prerequisites since we had to carry the setup from Colombo, Sri Lanka to London, UK. So we built it with Aluminium bars, and light plastic sheets. The setup could easily be assembled using nuts & bolts.

The rows containing the Pis were slanted at about 15 degrees for aesthetic reasons.

The final product, a 24 Raspberry Pi cluster, is shown below.
An Ammeter was added in series to the power line, and a Voltmeter was added in parallel. Each row in the rack consisted of such an Ammeter & Voltmeter pair. This allowed us to individually monitor the rows in the rack to get an idea of the power consumption, and get an indication if something was wrong.
As can be seen in the above diagram, at full operation, a row (8 Raspberry Pis) was consuming around 15W of power (P = V x I). That boils down to less than 2 Watts of power per Pi! We also observed that even though the Raspberry Pi model B spec says it draws a minimum current of 700mA, when no peripherals are attached, in practice, a network connected Pi processing a load draws between 350-400 mA of current.
In terms of power consumed per transaction, the Raspberry Pi is one of the most efficient out their.

A screenshot from the completed Raspberry Pi Control Center is shown below. This simple yet powerful UI theme was developed by Chanaka, one of the UI technology experts at WSO2. We were able to track the load average, free memory & disk usage of each Pi in the cluster. 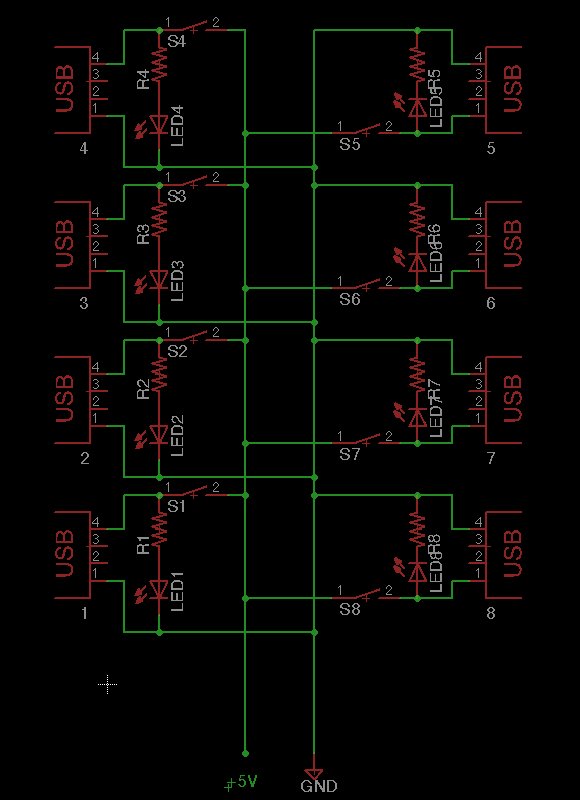 As shown in the above diagram, we built a small board and at the bottom of the board, we have a 16 pin IC base, which is used to connect the board to the GPIO pins.

“Hello World!” – This is likely the output of the first program you ever wrote when learning how to code....