Setup of the controller node

The latest raspbian disables SSH by default so I turned that on and changed the hostname and password.

As mentioned about this is a USB disk, so it was simply a case of plugging it in and it being detected. I had a problem detecting the old IDE disk so I swapped in a SATA disk I had spare. 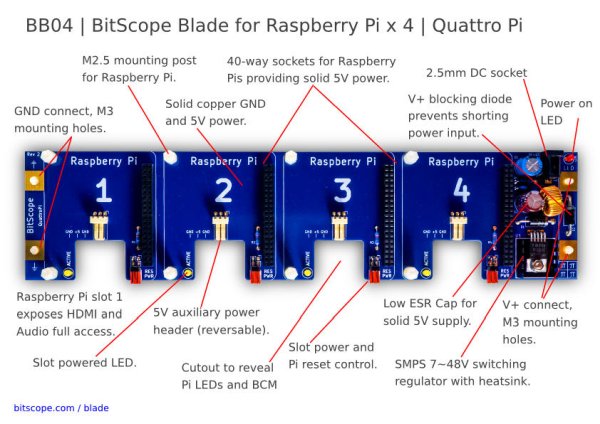 I’m not much of a command line guru so I installed gparted a graphical disk utility that I’d used before for repairing problem disks. I formatted the disk with ext4 (as it won’t be accessed outside the cluster) and gave it a suitable name. On reboot it was mounted automatically.

The software for sharing files on a LAN is called Samba. The setup is quite detailed so I followed the steps in Peter Legierski’s blog post below. In summary the steps are, install, set password, configure samba and configure the firewall (iptables).

There are a few differences I needed:

I checked that I could connect from my windows desktop. 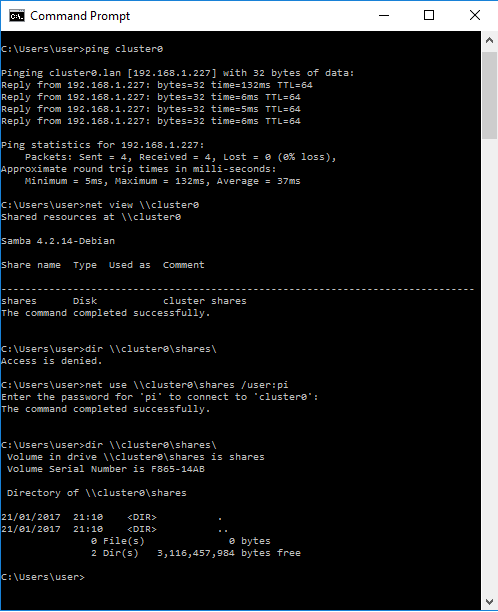 I also configured the Pi to automatically mount the network share. The first step is to make a backup of the configuration.

And finally test it works with

For my controller node, I needed to change the metric of the LAN connection so that it was higher than the default for the Wifi. Otherwise attempts to reach the internet were routed to the internal router. I also needed to add the DNS entry so that commands such as apt-get still work.

My /etc/hosts file was

Finally I tested the configuration with a reboot and

The network and disk has taken me a bit longer than anticipated so there will be another part where I setup the nodes. This will likely follow the guidance of Niall McCarroll. I’ll also need to get the nodes rendering from the shared drive.