Skip to content
Finally, we have everything we need for a functional robot. Let’s put the pieces together and see what the C-BISCUIT demo bot can do. 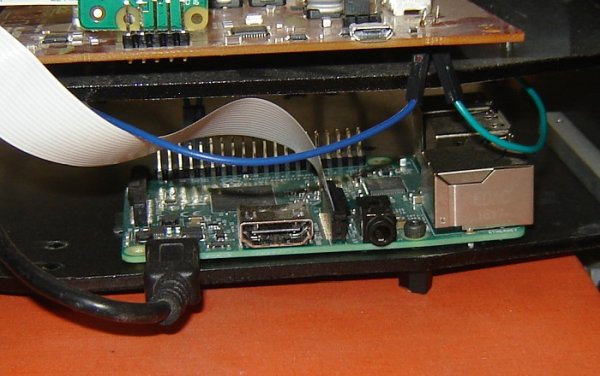 Out with the Wand, In with the Pi

Electronics projects, like so many other things in life, don’t always work out the way we expect. This has definitely been the case with the C-BISCUIT demo bot, which has taken a few twists and turns on its way to becoming a functional system. And the biggest twist/turn of all happened at the end, when we decided to eliminate the Wandboard and replace it with a Raspberry Pi 3.

The dominant reason for this change was quite simple—the Wandboard had become an obstacle to our primary design goal, namely, transmitting live video from the robot to a computer via Wi-Fi. No one on the C-BISCUIT team knew exactly how to accomplish this after our initial attempt failed. It was one of those situations where we expected the third-party software environment to handle the details of the video transmission and, when it became clear that this was not exactly the case—well, let’s just say that the Wandboard quickly fell out of favor.

Fortunately, Patrick came up with the excellent idea of shelving the Wandboard and using a Raspberry Pi instead. This also meant using the Raspberry Pi Camera instead of the WandCam, because of course we cannot expect a Wandboard camera to seamlessly interface to a Raspberry Pi (and seamless is what we want here—maybe there’s some way to make a WandCam talk to a Pi, but we’d much rather pay another $30 for a camera that just works).

How to Make a Timed Air Ventilator

Need to ventilate a room? This article will show you how I made a relay-operated, GPS-timed fan to vent out...