If Susanne S. holt in the Berlin S-Bahn or in a Café, your Smartphone out of your pocket, it is addressed to it regularly. The first question is usually: What is it?

in fact, at first glance, it is not clear that it is a Smartphone. The device consists of a battery for the power supply, as well as a mini computer type Raspberry Pi 3B, and a Four-inch Display, stuck together in a transparent Tupperware container. Susanne S. has built it self. 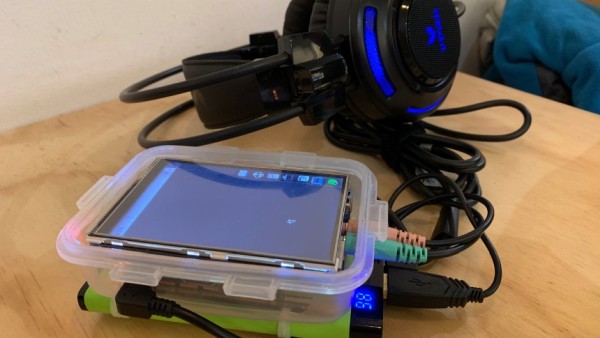 it is not the first to attempt something like this. Similar projects hot PiPhone, zero phone or TyTelli. But S. did not want to recreate the corresponding instructions. It has its own standards, and not make things any easier. For two and a half years, she is now working, including a six-month break. On Saturday evening you will want to explain in a presentation at the Chaos Communication Congress, what problems they encountered, what mistakes you made and what solutions she has found. And you want to convey to your audience, “that the way can be a great goal,” she says.

The 34-Year-old in training is currently in place, you want to be a specialist. Due to a post Traumatic stress disorder you can’t work full time, which complicates the search. In the case of the German pension insurance they have said to her face that she was “not intelligent enough” to your dream job.

Now you have completed a Technical year to prove to ourselves and others the opposite. In order to, as she says, “to show companies that I have what it takes”. What you can do, you taught yourself or in Linux User Groups and hacker spaces get shown: dealing with Linux and servers, soldering, programming in Python, configuration files, Debugging, and much more.

The previous result: your self-made Smartphone can connect to a Wi-Fi access, PDF files, and display photos and play MP3 files. Voice-over-IP telephony works on the program Linphone, at least from a LAN or Wi-Fi, and “with a landline number using SIP (Session Initiation Protocol – note. the Red.)”, as S. says. A file Manager installed, the games “Sudoku” and “Tanglet”. The calendar is programmed, you may have to learn even more about object-oriented programming.

A fully functional camera you had installed already, but then the cable is broken, so she has not been able to replace it. A vibration motor from an old mobile phone has expanded, she wants to integrate.

Because you have to learn in the course of the project as much as possible, and preferably Free Software to use, and because they must also make do with a Gigabyte of RAM, it has opted for a relatively exotic version: The operating system is Arch Linux, the graphical interface LXQT is, the keyboard xkbd, and the web Browser Midori. The global number of Smartphones with this combination are expected in the single-digit range.

the user interface of The Eigenbaus has little to do with commercial Smartphones together.

“WhatsApp I can not install,” she says. Instead, it relies on Pidgin and XMPP-Protocol – however, you must use a certain App to be able to chat with her. But there is no for example, for iPhones.

The Raspberry Pi has no audio input, “what would make phone Calls to a rather one-sided affair,” as she says. So you soldered on the circuit Board with a USB sound card to which you connect a Headset.

About 120 Euro cost of the Hardware, which it has used in the past. When will the Smartphone be ready? “I think this is a never ending story is,” says S. “I can think of something still, I would like to change. But at some point I will be able to use it as a complete Smartphone replacement.”

How to Get Started With The Raspberry Pi

The Raspberry Pi is a low cost, credit-card sized computer that plugs into a computer monitor or TV and uses...