For my latest project, I am diving back into Verilog to create the hardware side of Consolite. For those who don’t know, Consolite is the name I’ve given to my design of a tiny hobbyist game console and associated software toolchain. In my previous posts, I demoed a compiler that translates from a flavor of C to Consolite Assembly, an assembler that translates from Consolite Assembly to binary files, and an emulator that runs the resulting binaries. 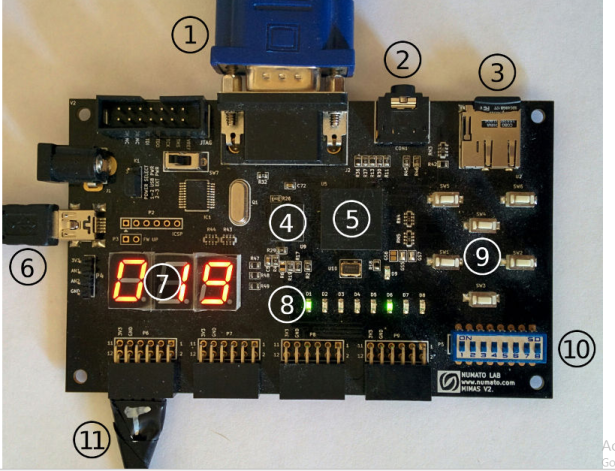 In order to “complete the stack” in some sense, the last thing to do was to implement the console on an FPGA. I also wrote a multiplayer Tron light cycle game to check my work, which turned out to be a lot of fun especially since I ended up adding support for multiple SNES controllers. At the end of this post I’ve added a video of the system in action, as well as an embedded emulator so that you can play Tron in your browser!

This has been a long, extremely interesting project for me, and I may go into more technical detail about components such as the VGA display or SD card reader in future posts. However, this will just be an overview of the capabilities of Consolite, the hardware I used to achieve those capabilities, and of course a demo of the final product.

For More Details : Consolite, a Tiny Game Console on an FPGA

This Raspberry Pi IoT project is the best way to get started on working with the IoT (Internet of Things)...