This is the case I made for my Cubieboard/Raspberry Pi which, back in the day, was an external cd writer drive.

The first step (for which I, unfortunately, don’t have any pictures) is to take the case apart and remove all the old stuff. 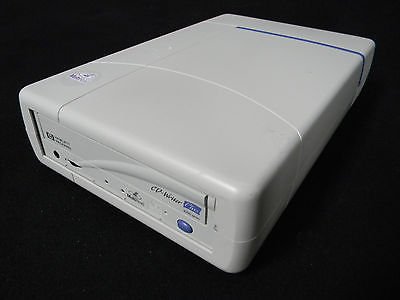 Since I wanted to maintain the old-school look, I had to attach the drive’s front panel to the case.

First I used cyanoacrylate to glue the tray’s front to the front panel.

Then I used hot glue to fix the front panel to the case. I added a plastic tube in the back for better support.

To improve ventilation and maintain the HDD cool, I added a 120mm fan to the top of the case.

Since running the fan at full speed is quite an overkill and a great source of noise, I added a PWM fan controller.

A possible implementation of such circuit can be found at: http://www.overclockers.com/pwm-fan-controller/

For the power supply, I used an old 12V PSU from an ASUS eeepc. This power supply has enough power to supply both the cubieboard and HDD.

Since both the HDD and the cubieboard require 5V, I used a LM2596 step down module (can be found on ebay for under $1).

The 12V PSU is hooked up to the module’s input and the cubieboard to the output.

The HDD requires 12V and 5V. The three wires are connected to the respective pins. 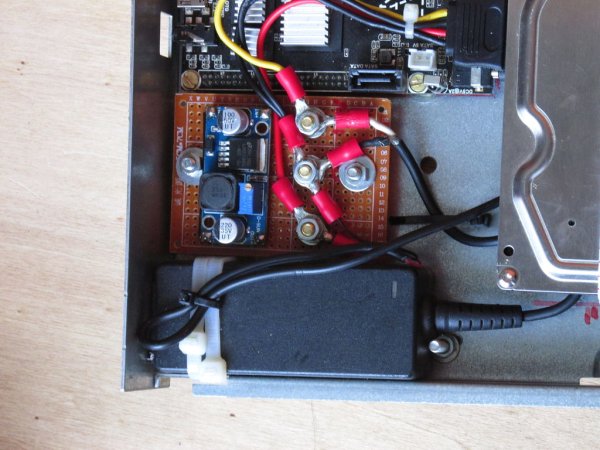 The silent HDD mount is “la pièce de résistance” of my case: it both dampens the vibrations from the HDD and improves the airflow around it.

In practice the setup is rather simple: the HDD is positioned on top of a small foam block with two bungee cords holding it down.

The foam+bungee setup effectively dampens the HDD so almost no vibration is transferred to the case. By touching the case you cannot tell whether the HDD is spinning or not.