Meet [Tanner]. [Tanner] is a hacker who also appreciates the security of their home while they’re out of town. After doing some research about home security, they found that it doesn’t take much to keep a house from being broken into. It’s true that truly determined burglars might be more difficult to avoid. But, for the opportunistic types who don’t like having their appendages treated like a chew toy or their face on the local news, the steaks are lowered.  All it might take is a security camera or two, or a big barking dog to send them on their way. Rather than running to the local animal shelter, [Tanner] used parts that were already sitting around to create a solution to the problem: A computer vision triggered virtual dog. 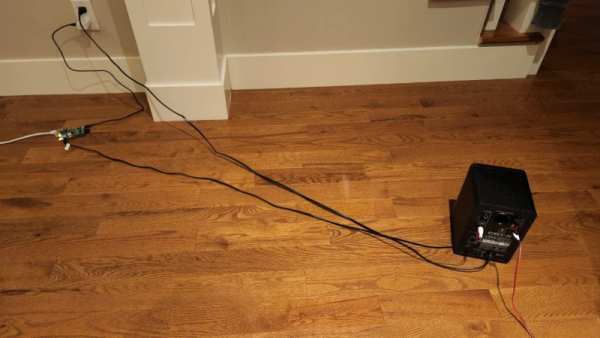 The hardware for the computer canine is simple: A surveillance camera feeds images to a Raspberry Pi which, when triggered plays the sound of a dog barking. But [Tanner] took it a step further by feeding the Pi with two cameras, each pointing different directions. Depending on which camera is triggered, the barking will sound like it’s going toward each door by moving the audio from right channel to left, or vice versa.

[Tanner] has generously made the entire project available via their Gitea site. The fake dog is a wonderfully simple little system, but according to its author, not without its flaws. See the post on their site for their plans to improve the effectiveness and accuracy of the project.

If you’re the type who does want to take their robodog on a walk, check out OpenDog version 3, an open source pooch you can 3d print and build yourself!