I have built a custom electric home brew set and have been using it in various stages of completion for about 5 years. I started using the BCS-460. It was cool, but over-kill and not specific enough for brewing. 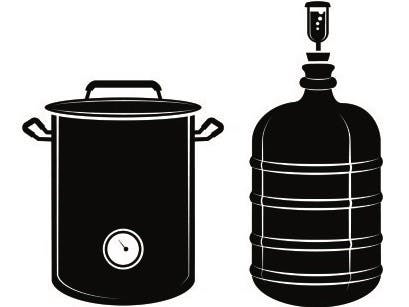 Next, I set up the very cool “Brew Bench” by Andrew Van Tassel and Lee Kendrick – loved the UI; it was super cool idea. As I used it the first time, I realized that I did not have a “brew bench” but rather a “Brew Home”. My fermenter is under the stairs, I mash in the kitchen, and the boil is on the back porch. Having to move the Brew Bench from room to room made it less useful.

On one of my sleepless nights, I started thinking that it would be great to use NodeMCU’s to run the Brew Bench, but it only had one analog in. I found some cool stuff on the net that could be used to expand that with a chip or a set of diodes and some DI/O pins. Those options added complications to the project and did not really solve the problem of my “Brew Home”. Problems being:

I could set up a NodeMCU and a Display on each of them and it would work, then I remembered that I purchased Rui Santos’ course. It walked me through simple setups that allowed this project to come to life – all in one book/course. His instructions showed me how to use a Raspberry Pi and NodeMCU’s to create a spiderweb of wireless sensors that would talk back to a central server: Node-Red. It would also allow for data logging/graphing and control from a central control panel.

I would highly recommend this course (or any of his others), but here is the basic run down specific to this project: