First of all, this SWR meter in this article is not exactly homebrew, as I based the circuit on the schematic in the excellent book Arduino Projects of Amateur Radio. Although I bought the book and respect the copyright of the authors I will share my own schematic here. Why? First, the design in the book is not completely original and is based on similar designs from others. One example here.  Second, I changed a few things, removed some stuff,  and added some other things, to my own liking, so the design is not identical anymore. 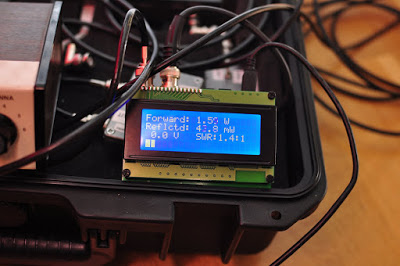 The circuit is based on two AD8307 log amplifiers, which are connected to the forward and reflected ports on a directional coupler.  The AD8307 amplifiers gives a DC voltage of about 25mV/dB of the input signal, which is amplified using an opamp (LM324). The opamp also provides the reference voltage to the Arduino (AREF) to ensure that the full ranges of the A/D converters are used. 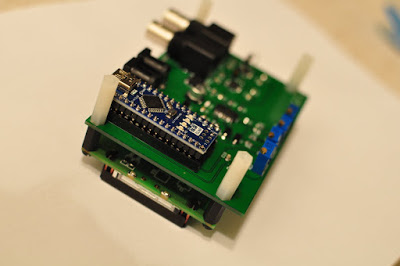 I used the fourth opamp in the quad LM324 to provide input voltage reading. That is why the PCB in the picture has two power jacks. One input and one output. That way I know the drive voltage for the radio. I primary plan to use this device for my Softrock. 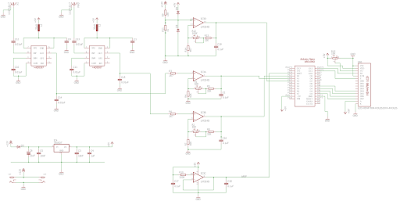 I created the schematic and the board in Eagle, and submitted the gerbers to Elecrow. I received 10 PCBs after about 25 days. 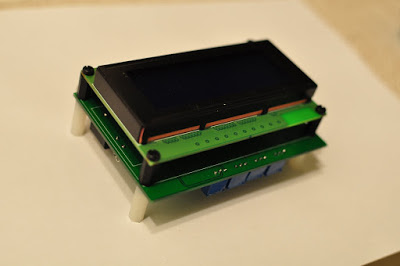 The board is not much larger than a standard 20×4 LCD. 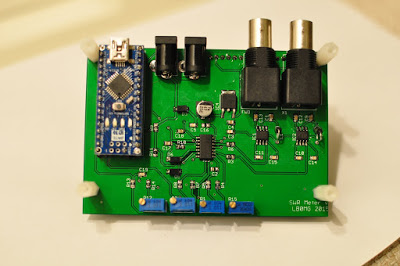 I choose to use an Arduino nano rather than populating a AVR328 on the board and messing with USB converters. I am glad I did. I did one mistake on the board however. The Arduino was not powered from the 5V rail. The problem was that it was an error on the Eagle footprint for the Arduino Nano. I just downloaded the footprint file uncritically from the Internet without checking it. Other than that, It was fine. 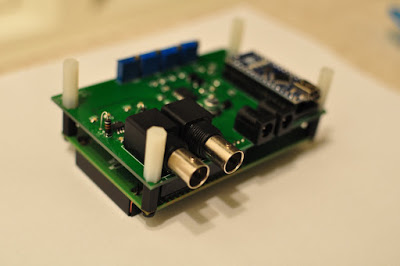 Another problem was that I got oscillations on the LM324 opamps connected to the AD8307. The oscillations were around 40KHz and about 400mVpp on top of the DC signal. Hence it was impossible to calibrate the device. The solution was to desolder the output capacitors on the LM324. I do not think they are really needed on a DC design. 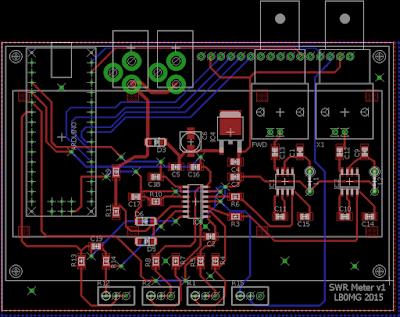 This was my first SMT design, and I am fairly happy with the result. The SWR and the power measurements seems accurate. I used the Arduino software from the book, and modified it to include a larger display and some other things. As you may notice, there are no buttons on the device. Originally I planned to use a rotary encoder and a bunch of menus, but as they say in the Soldersmoke podcast, menus are for restaurants. I totally agree. Besides, programming all kinds of features to the device is totally insane. This is a simple SWR meter and thats it. The files are available here, should you be interested. Note that there is an error in the schematic. The Arduino is missing +5V, but it should be easy to fix.
Source: DIY SWR and Power Meter