Every time a new Raspberry Pi is released there are mutterings about the thermal control of the new board. But this time, it looks like it might well be necessary to add some passive, or even active, cooling to the Raspberry Pi to keep it from thermally throttling if it is under heavy load for extended periods of time. 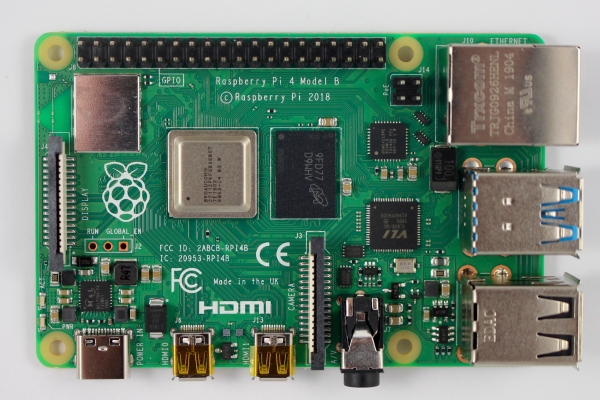 I observed thermal throttling occurring during my extended machine learning benchmarking on the new board just after launch, and as it turned out, I wasn’t alone in seeing something of the sort.

Looking at Gareth Halfacree’s benchmarks of the Raspberry Pi 4 we see can see that he also observed unusually severe heating of the board, concluding that “…while it’s still entirely possible to use the board without extra cooling, those looking to put one in a case will find active cooling is required to avoid thermal throttling.”

I decided to go ahead and carry out a proper exploration of the matter to try and determine if active cooling was necessary, or whether most people could ‘get by’ with only passive cooling. I therefore used the vcgencmd Python bindings to monitor and log the temperature, along with the current CPU clock speed, to a file.

Four thermal management regimes were examined; no cooling, passive cooling only, continuous active cooling, and managed active cooling. However, the Raspberry Pi 4 was not placed inside a case, instead temperatures were observed while the board was sitting in the open air on the lab bench.

Read more: DO YOU NEED TO USE A FAN FOR COOLING WITH THE NEW RASPBERRY PI 4?

GIVE A MAN A PHISH, AND YOU ENTERTAIN HIM FOR A DAY

With millions of phishing attempts happening daily, we’ve probably all had our fair share of coming across one. For the...