Hot on the heels of the PiFace, to add to my collection of Raspberry Pi interface boards comes the Mini PiIO Protoboard from DTRONIXS.

Top photo is the base board sitting on a Raspberry Pi, the 2nd one is the board made up with a minature version of my Ladder game.

It sits directly on-top of the Pi on the GPIO connector. The other end is sort of floating in space and like the PiFace, I’d strongly suggest putting some sticky-backed foam or felt pads to stop the board shorting out anything on the Pi (Which it did once when I was building this project on it, fortunately only rebooting the Pi…) 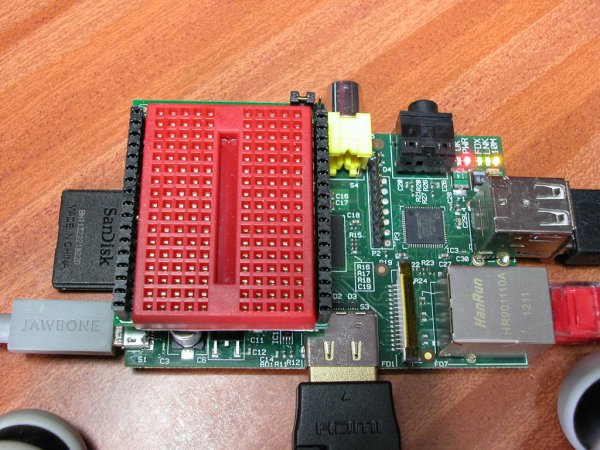 It came as a kit of parts, PCB, GPIO connector, the 2 long edge connectors, a short 5-pin connector and some surface mount components to make up an independent 3.3v regulator fed off the Pi’s 3.3v supply.

Assembly was strightforward, although I did solder on the additional 5-pin connector, then realised nothing actually connects to it, and it stops the little breadboard from fitting, so had to unsolder and remove it.

One thing I really like about the board is that the GPIO pins are actually labelled 0 through 7 – and they correspond directly with the wiringPi pin numbering scheme! 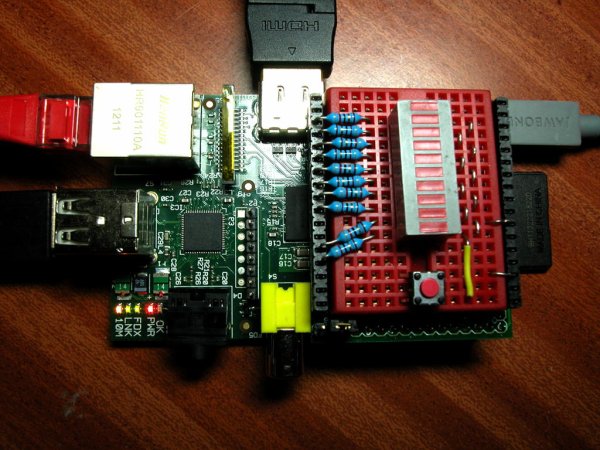 The 3v connections can be jumpered to come from the on-board regulator or the Pi’s own 3.3v supply.

And a little note about putting the breadboard on – it comes with a sticky-back, but if you are careful, then you can align the holes in the bradboard with the edge connectors, then it’s possible to plug in some DIL chips directly into the GPIO pins which may save a little bit of wiring.

This is an Instructable which describes the process of making an animation from Openclipart's SVG. Openclipart library is a collection...