Mosquitoes are some of the most adept bloodsuckers on Earth. With a quick jab, sharp mouthparts plunge into human skin in search of a juicy blood vessel. 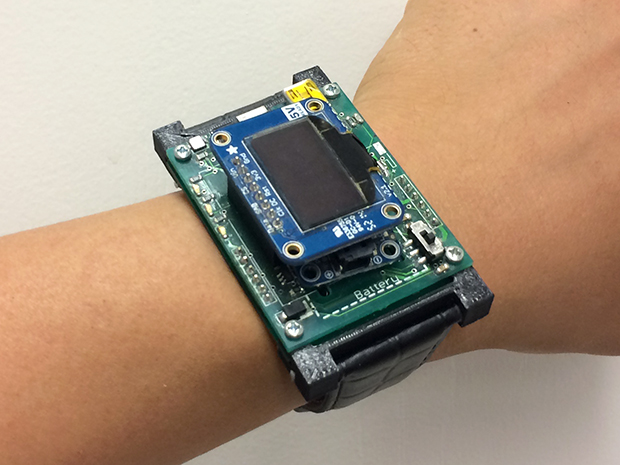 It’s no surprise, then, that bioengineers have used the pest as inspiration for a device to periodically and independently sample the blood of individuals with diabetes. Fingerpricking, the most common method used today, can be a tedious and painful process, and many companies have raced to develop alternative approaches, including glucose sensor implants and semi-automated monitoring devices.

Enter the “e-Mosquito.” Since 2007, a team at the University of Calgary in Canada has been developing a fully autonomous, minimally invasive device that is pre-programmed to “bite” one’s skin at various times during the day to monitor blood glucose levels. They recently premiered their latest prototype, a watch-like device that taps into capillaries under the skin and deposits a drip of blood onto a glucose-testing strip.

“The idea is to have periodic, spontaneous and autonomous biting resulting in reliable blood testing,” says Martin Mintchev, senior author on the project. “It’s a very significant step in demonstrating autonomous contact with the capillary.” In addition to monitoring blood glucose, Mintchev imagines the device someday being used to do other blood tests, such as genetic testing or cancer screening, from the comfort of one’s home.

Early versions of the device relied on piezoelectric actuators to pierce the skin with a needle, but those moving parts were expensive and bulky, so the first prototypes were roughly the size of a deck of cards—not something you’d want to wear on your wrist or arm.

Read more: E-Mosquito Drinks Your Blood to Keep You Healthy

Background After recently receiving my Amazon Echo I've been itching to build something for it, so this competition came at...