Elephant Robotics released its latest Raspberry Pi (opens in a new tab)-powered robot, the first of its kind with dual arms. The bots six-jointed appendages move a 450g (9oz) weight through a 1/8 inches radius (280mm), and can be outfitted with hand grippers, hands with hand movements, and a suction pump. 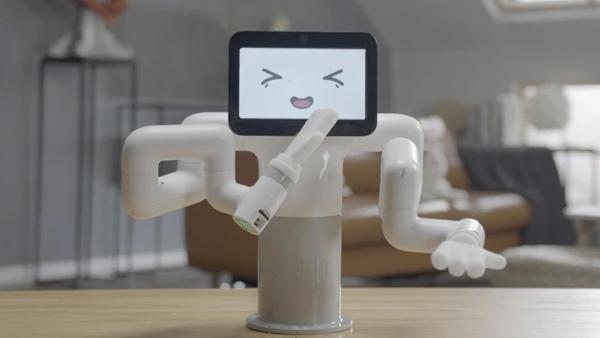 The MyBuddy 280 is designed to protect against various social behaviors. It’s a Raspberry Pi 4 (opens in new tab) board which is connected to a seven-inch interactive display – a touchscreen – able to displaying different facial expressions. Three additional ESP32 microcontroller modules sit between the Pi and servo motors, of which a number of other vehicles exist. One arm can rotate at least 165 degrees in either direction, giving 13 degrees of freedom, and more than 100 control surfaces. Robots are controlled – using hands.

The rest of the hardware is made up of the Raspberry Pi 4; a 4GB model is the brain of the robot. Elephant Robotics, which still hasn’t released an elephant-shaped robot, has also attached two cameras, one of which allows robot to read QR codes, as well as location and object recognition. Face recognition comes with the camera. Pis USB and wireless interfaces also provide a means to connect the bot to the world around it; and two Grove connectors and two 5×5 LED matrices provide more I/O options.

The tool Open-Source tool MyStudio has all standard Desktop operating systems, plus Android. On Elephant Robotics’ download page, you can download the Arduino, Python and C library, and the Android app / and firmware / for the ESP32s, which are also available in the download section.

The MyBuddy 280 is currently available from the Elephant Robotics store (opens from the new tab) for $1,699 or $1,729, when you add rubber hands to the package. Stocks seem limited with only five showing on the store, and CNX Software (opens in new tab) confirming with the sellers they won’t be selling the bots in the Elephant Robotics store for at least three months.

SiTime Corporation, a leader in MEMS timing, has announced the launch of the Cascade family of MEMS clock ICs for...