engravR is a Raspberry Pi-powered laser engraver built primarily from two old DVD-RW drives. The idea of using DVD drives to make a laser engraver is not particularly new, but most systems use an Arduino and external stepper drivers. The advantage of using the Pi is that the system can be entirely self-contained With the addition of a wi-fi dongle, the user can print remotely from another computer over the local network instead of having to connect an Arduino via USB to a host computer. Others have even taken advantage of the Raspberry Pi camera board to email a picture of a completed engraving when it has finished. 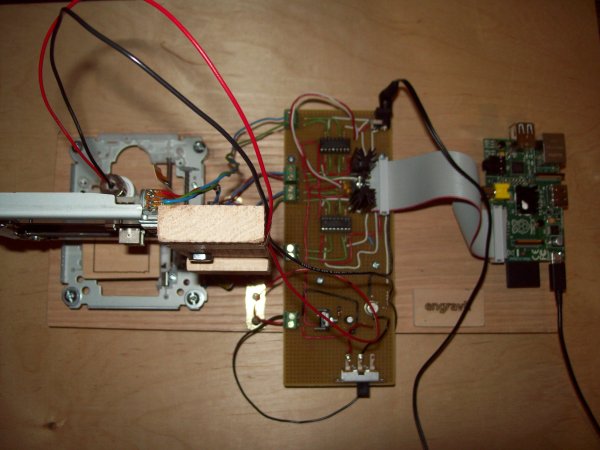 The engraver uses the laser diode out of an old DVD RW drive, and hence is somewhat limited in what it can engrave and cut. It can cut black construction paper, but not much else. Wood can be burned. Clear acrylic can be engraved, but the acrylic first needs to be colored with a black marker. The marker can be removed with rubbing alcohol later. The print area is approximately 35mm x 35mm, which is enough to engrave most small items.

What follows is a brief overview tutorial of the construction of the engraver. If you are seriously interested in building one of these for yourself, I suggest consulting Daniel Chai’s excellent tutorial. He goes into much more detail than I do. Also, please realize that lasers capable of engraving are serious eye hazards. Wearing laser protective eyewear is a good idea. Always know which way the laser is pointing, and be aware of your own body position. In short: use common sense. 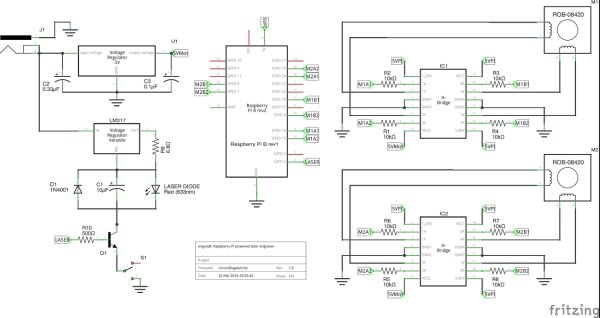 This GSM Mobile is used for our Remote Control (for example Gate Control, Temperature Control….). We use the word ‘module’...