Back in 2007 Apple released the first generation of iPhone which is considered as the first smartphone as those we use today. Before that, PDAs (Personal Digital Assistants) dominated the market and some even included network connectivity, the ability to send and receive calls, and password unlocking. The iPhone inherited the ability to be unlocked with a 4-digit personal password which allowed users to protect their personal information (photos, contacts, etc.). As it evolved, so did the security concerns regarding stolen phones and the new gained ability of thieves to unlock them despite the password. As a result, smartphone security had to be improved, different operating systems opted for different solutions such as 6- digits passwords, patterns, and finger print unlocking. 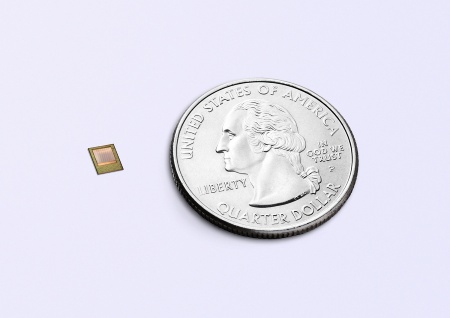 Using finger print to unlock a smartphone is the latest security trend, and almost all smartphones in the market now posses that feature. It is not just safer, but also faster and more convenient for users. However, new researches from New York University and Michigan State University suggest that fake digitally composed fingerprints can easily fool smartphones. The latest iPhone comes with FaceID feature which uses a true Depth selfie camera to scan your face and unlock your phone. Infineon together with pmdtechnologies AG developed a 3D image sensor chip which makes the face unlock feature smarter, faster, and more reliable.

The chip is based on ToF technology which offers advantages in performance, size, and power consumption of mobile devices. The Real3 chip has 38,000 pixels with each one featuring the Suppression Background Illumination circuitry, and includes the receiving optics and VCSEL illumination in a footprint of less than 12×8 mm. It is tuned to work at 940nm infrared light sources which results in improvements in outdoor performance. The product was displayed at CES 2018, and the company claims that they are ready for mass production,

Want to use a device that HomeKit doesn’t support? Get Raspberry Pi running with Homebridge using Resin OS and change...