One of the common uses for a Raspberry Pi is a low-cost information display, powering something like a magic mirror or an animated GIF photo frame. FullPageOS is a Raspberry Pi operating system that makes that process a little simpler.

FullPageOS is set up to boot into a full-screen Chromium window on boot. This means if you’re using your Pi to power an information display, you won’t need to go through the process of disabling screen savers, editing display size and forcing full-screen mode on your own. All you need to do is install FullPageOS on an SD card, then edit a TXT file to include your Wi-Fi network info and the URL you want it to load up. This is a pretty niche little distribution for the Pi, but it should make those dashboards and other HUDs much quicker to set up. 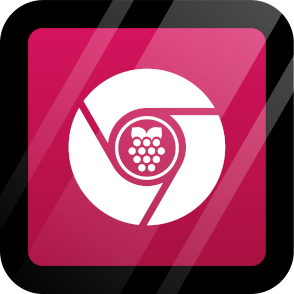 A Raspberry Pi distribution to display one webpage in full screen. It includes Chromium out of the box and the scripts necessary to load it at boot. This repository contains the source script to generate the distribution out of an existing Raspbian distro image.

FullPageOS is a fork of OctoPi

Where to get it?

How to use it? FullPageOS can be built from Debian, Ubuntu, Raspbian, or even FullPageOS. Build requires about 2.5 GB of free space available. You can build it by issuing the following commands:

FullPageOS supports building variants, which are builds with changes from the main release build. An example and other variants are available in the folder src/variants/example.

To build a variant use:

There is a vagrant machine configuration to let build OctoPi in case your build environment behaves differently. Unless you do extra configuration, vagrant must run as root to have nfs folder sync working.

After provisioning the machine, its also possible to run a nightly build which updates from devel using:

Remote GUI access can be archieved through VNC Viewer. Get the IP of you raspberry hostname -I via SSH.

Press ctrl + t, it will open an new tab.

You can either install extensions frome Chrome Web Store or install your own extension.

If you which to install your own extension then you can transfer the build files via tools like rcp, rsync etc.

Code contribution would be appreciated!

BBC Micro:bit: Raspberry Pi alternative is available to order in the UK from £13

The BBC partnered with companies like ARM, Samsung, and Microsoft to develop the Micro:bit embedded system. The tiny programmable computers...