Potmot test in Python:
This program, potmot-wp.py, uses spidev to control the A/D and WiringPi for Python to control the motor with the hardware PWM. 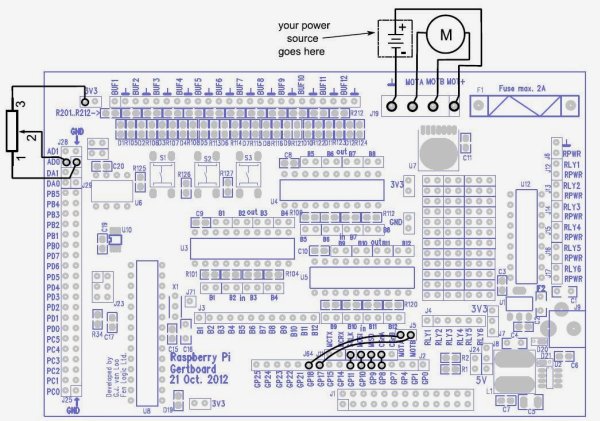 The potentiometer position (read by the ADC) determines motor direction and speed (PWM value) as follows: middle value (511) results in no movement, 1023 results in max speed one way, 0 results in max speed the other way.
Download and install WiringPi:
If you don’t have WiringPi for Python installed already, the best way to instal it is:

Expanding the Raspberry Pi with PiFace and Pi Rack

The marvellous Raspberry Pi, essentially a cheap, small PC, is a great device for education or home projects like media...