On Monday, March 05, 2018, research scientists from the Google Quantum Al lab whose goal is to build a quantum computer that can be used to solve real-world problems, presented their latest quantum processor called Bristlecone at the annual American Physical Society meeting in Los Angeles. 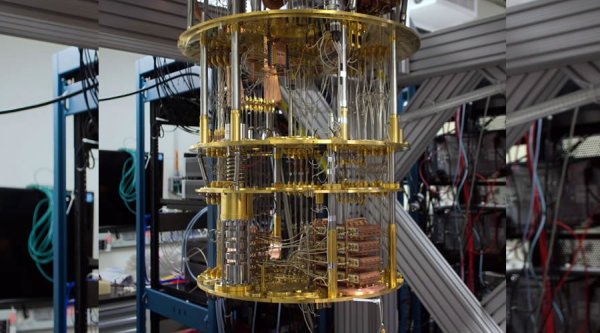 Qubits or quantum bits are merely the quantum analogue of classical binary bits. Two of the most critical challenges researchers face in their journey to achieve quantum supremacies are error rules and subsequent scalability, this is because qubits are unstable and can be unfavorably affected by noise and can only maintain one state for less for one hundred of microseconds.

Researchers from Google have calculated that a system with 49 quantum bits, a circuit depth exceeding 40 and a two-qubit error below 0.5 percent can “comfortably demonstrate” quantum supremacy. Quantum supremacy is the point where quantum computers can run certain algorithms faster than a classical computer ever could. This has been the dream of many major tech startups and companies including Microsoft, IBM, and Intel.

Every Bristlecone chip has 72 qubits which might significantly reduce the error rates associated with qubits; however, Google believes quantum computing is not all about qubits. The research team further backed this belief with what they wrote in a blog post:

Operating a device such as a Bristlecone at low system error requires harmony between a full stack of technology ranging from software and control electronics to the processor itself.

The guiding design principle for Bristlecone is to preserve the underlying physics of Google’s previous 9-qubit linear array technology which demonstrated low error rates for readout single-qubit gates to 0.1 percent and most importantly two-qubit gates to 0.6 percent as its best result. This device uses the same scheme for coupling, control, and readout, but is now scaled to a square array of 72 qubits. Therefore they chose a device of moderate size to be able to demonstrate quantum supremacy in the future, first investigate and secondly order error-correction using the surface code to facilitate quantum algorithm development on actual hardware (quantum computers).

Making wine isn’t just about following a recipe, it’s a chemical process that needs to be monitored and managed for...