Honeywell Sensing and Control has designed a position sensor IC which combines the sensitivity of an anisotropic magnetoresistive (AMR) sensor with the low power operation of a Reed switch.

The range of magnetoresistive sensor ICs is called Nanopower reflecting a typical power consumption of 360nA.

This is a ten-fold reduction in power consumption on previous AMR position sensors.

Magnetic sensitivity for the SOT-23 packaged device is as low as 7 Gauss typical. 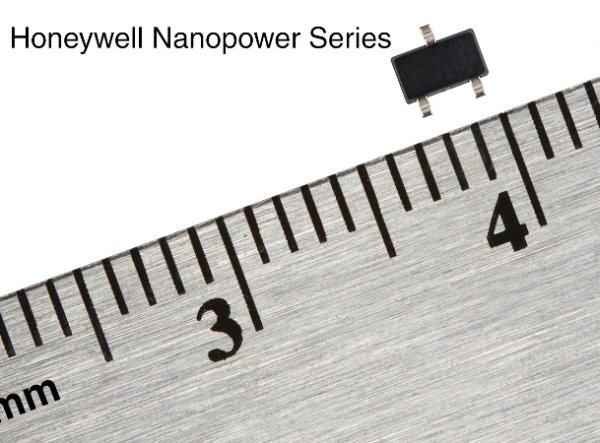 “This combination of sensitivity and power budget has the potential to obsolete Reed switches,” claimed James Mckenna, product director at Honeywell Sensing and Control EMEA.

According to McKenna, the ICs are smaller than many reed switches, at the same sensitivity and essentially the same cost.

“This is big for us, a game-changer,” said McKenna.

The sensitivity is achieved with a new amplifier and comparator circuit design which is implemented in BiCMOS and a chopped analogue circuit design means the device is on and drawing power for only 15µs in every tenth of a second.

Have you got a Raspberry Pi but not sure what to do with it? Well, I'm going to show how...