Host your Smartphone App on your Raspberry Pi!

I’m currently working on a Sencha Touch project making an Entrepreneur application, which will be released in a couple of months… Stay tuned! I only want say that it is a bit more complex than this example… but you have to start with something, right?!

To get some knowledge of the Sencha Touch Framework I created a basic App – based on my Nonsense Guru javascript from 1997. Yes that’s right! Just a couple of lines had to be changed.

Next step: The framework 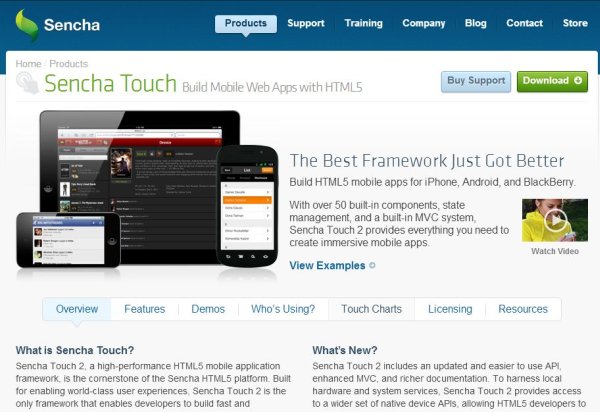 Step 1: Host your Sencha Touch App on your Raspberry Pi!

Sencha Touch is in my opinion the greatest framework for making a web page / javascript based application simulating a native app in your smartphone there is! (The framework take care of browser kirks and it doesn’t mater if it’s displayed on an iPhone or Android phone)

If you really are thinking of making an App, you should look at http://docs.sencha.com/touch/2-0/#!/example

Creation of an App
This was my first try, so I made some minor good codelines, but even though…. it works!! (Not in Internet Explorer, because the framework doesn’t support it, but who has a Windows phone… ;).

Define your app in a MVC fashion:
Model
View
Controller

You need an Index.htm file which declare javascripts, framework files and css-files used.

The app.js holds the application.
(And the other files are filed as above… if it is a big App).

(Mine is not a good example, but as I said it works!) 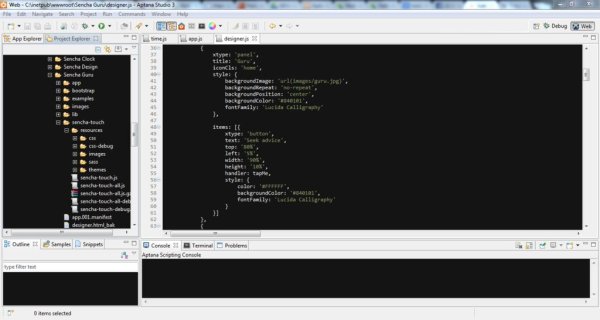 IDE…  You could use Sencha Architect or senchafiddle to make your Web-App, but I really recommend you to just design your views, models and  controllers in those program and then start using Aptana Studio to make your coding easier.

Aptana can be found here http://aptana.org/

Import your Sencha project an let the keys fly!

Always use the Docs for reading about the xtype’s or containers etc, you are using in your application!
Let the docs be your best friend!

Next step: Place the App on your Pi!

For more detail: Host your Smartphone App on your Raspberry Pi!

The Museum of Computing in Swindon has a working Teletype and a desire to get it to print out tweets...