The raspberry pi 2 was announced in February 2015 with a awesome tag of it being “6 times faster”.

With a 900 MHz quad core broadcom processor and a GB of ram, the performance is evident.

With faster boot times, (almost) no lags,and smother video performance and all this with the same price tag and form factor as its predecessor has made it a favorite among makers.

Raspbian is the official OS for raspberry pi and is quite an experience on the pi 2.It is a port of the popular Linux operating system, debian whezzy. 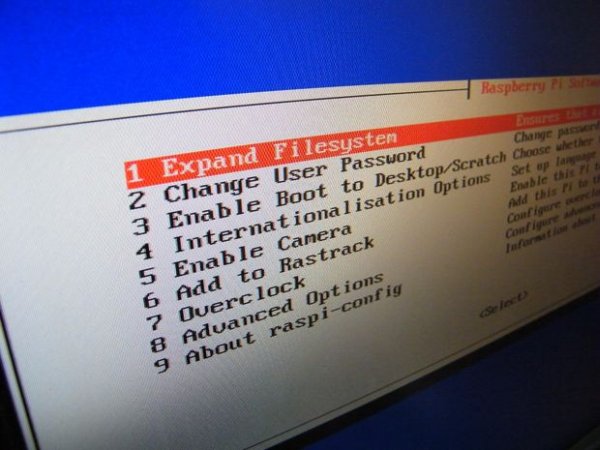 You can install Raspbian on the Pi even without a display and extra keyboard and mouse but we are going to use them anyway because it’s easier this way and most of the stuff required is most probably lying around your house.

Ø A MicroSD CardThe minimum requirement is 4GB class 4 (higher the class higher the speed), the class of the card is written in a small circle on the card. Using a higher class card is recommended. I will be using SanDisk 8 GB class 10 SDHC card. The ‘HC’ in SDHC means that the data on the card is written in random memory blocks (this makes them last longer). Getting this type of card is a good idea for the Raspberry.

Ø A Display and Respective CableAny Display with HDMI or RCA (the ones with the red, yellow and white cable) input work nicely with the pi. If you wish to use a display with VGA input (like me), then you can use a HDMI to VGA converter cable.

Ø A 5V Power Adapter 600mA is the minimum requirement but using a 1 to 1.5 Ampere power adapter is recommended. I will be using a 1.2A adapter.

Ø LAN Connection or WIFI Dongle (optional) Internet Connectivity is optional while using the setting up the pi but is recommended to keep the software up-to-date. I will be using a Netgear Wi-Fi dongle.

NOTE: Many things can go wrong in this step (especially for Linux and Mac OS users), so follow the steps carefully!!

There are steps listed for Windows, Linux as well as Mac users

The raspberry pi doesn’t have any Flash Memory thus the Operating System and all the related files need to be on the MicroSD Card.

If you face any problems refer the last step for troubleshooting.

To unzip the zip file you can use one of these tools:

After its finished writing you can safely eject the card and proceed to the next step.

Don’t insert the SDcard yet!!!

replacing ‘sdd1’ with whatever your SD card’s device name is (including the partition number).

please note to replace ‘/directory/path/’ with the location of the .img file and replace ‘sdd’ with the name of your SD card(without the partition number).

When the image is done writing you can safely eject the SD card and proceed to the next step.

Don’t insert the SD card yet!!

To unzip the zip file go to /System/Library/CoreServices and double click the ‘Archive Utility’ to open the app and follow the following steps.

Now to write the image to the SD card follow the following steps:

Make note of the disks mounted

Replace ‘disk#’ with the name of your SD card (without the partition) e.g. diskutil unmountDisk /dev/disk4

After its done writing you can safely eject the card and proceed to the next step. 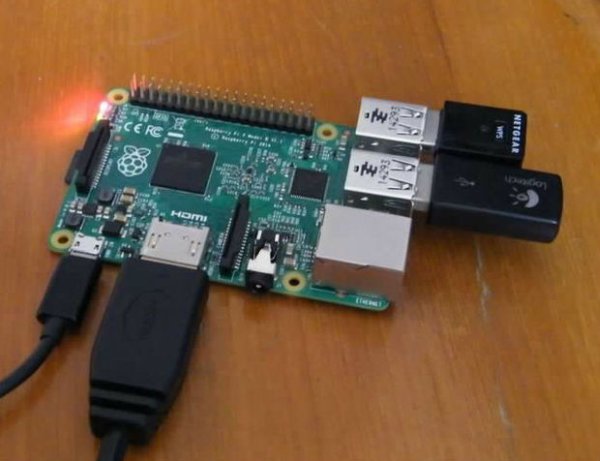 Though the Raspberry Pi is called a computer, it itself can’t run. It needs a couple of IO devices.

1. Insert the MicroSD card (now with Raspbian written on it) into the card slot at the bottom of the Pi.

3. Plug in the LAN cable into the Ethernet port or the USB Wi-Fi dongle.

4. Plug in your HDMI cable or RCA cable for analog display in the 3.5 mm jack.

5. Plug in the MicroUSB cable from the power adapter. The Pi doesn’t have a power switch, it will turn on as soon as you plug in power.

For more detail: How to Install and configure Raspbian on Raspberry Pi 2 (Linux/windows/mac)