Skip to content
A team of scientists at the Kavli Institute of Nanoscience at Delft University has achieved what may represent a limit in information storage density by creating a memory in which a single bit is represented by a single atom.

Specifically, the team created a 1 kByte memory array where each bit is represented by the (physical) position of one single chlorine atom. This equates to 500 Terabits per square inch (Tbpsi), 500 times better than the best commercial hard disk currently available. The team, led by the Institute’s Sander Otte, reported their work in Nature 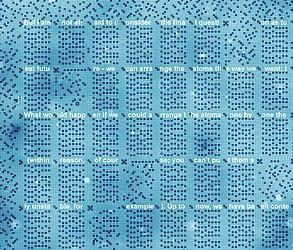 The work appears unlikely to lead to any practical memory in the near future; the researchers’ method of storing information relies on shifting positions of atoms, individually, using a scanning tunneling microscope. For some time it has been known that this tool can not only reveal surface detail at, literally, atomic scale, but it can also be used to manipulate individual atoms. Atoms can be “picked and placed” – transferred from the tip of the STM to a surface: or, as in this case, moved around on the surface. The read and write speeds of an atom-by-atom process using an STM are likely quite low, although the TU Delft team report that they have automated the read/write. And the process is stable at cryogenic temperatures – “up to”, the team notes, 77K (-216C). Nevertheless, it demonstrates that atomic-scale information is at least feasible, and the researchers make reference to the words of Richard Feynman over half a century ago.

In 1959, physicist Richard Feynman challenged his colleagues to engineer the world at the smallest possible scale. In his famous lecture There’s Plenty of Room at the Bottom, he speculated that if we had a platform allowing us to arrange individual atoms in an exact orderly pattern, it would be possible to store one piece of information per atom. To honour the visionary Feynman, Otte and his team coded a section of Feynman’s lecture on an area 100 nanometres wide (The full scan here is 96 nm wide and 126 nm tall) of the 1 kB memory, as-annotated.

For more detail: Information storage at one atom per bit; a 1kB atomic memory