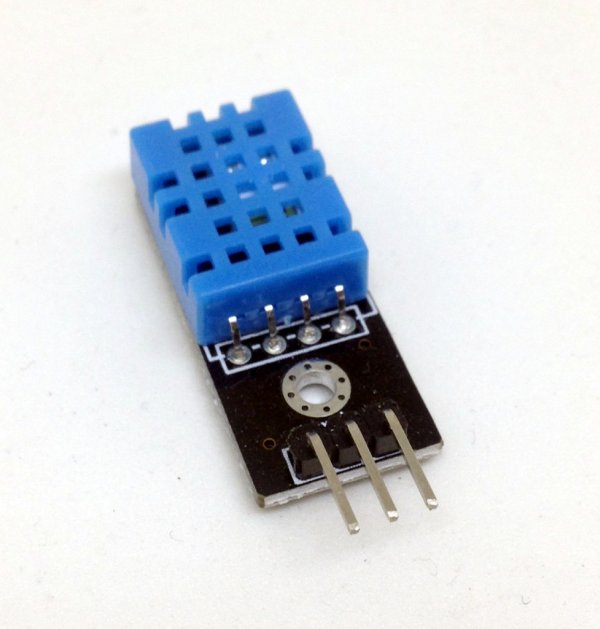 In this project I built a very simple weather station that records the temperature and humidity and saves these to a memory card.

I’ll show you how to read temperature and humidity from a DHT11 sensor with the Intel Galileo. Then how to save these values to an SD-card.

The DHT11 is a cheap sensor for measuring temperature and humidity. It’s really easy to use with for example an Arduino. And since the Intel Galileo is in many ways similar to the Arduino, it’s also easy to use it for this project.

started out using Adafruit’s DHT library to get the sensor up and running. I tested it using a standard Arduino UNO, just to see if the sensor worked. And it did.

But when compiling for Intel Galileo, I got a few errors because of some AVR-specific calls. I fixed those errors, but still no luck…

Then I found this article that explains why the sensor does not work with the standard library on a Galileo. Basically it is because of the strict timing requirements of the one-wire interface that the sensor uses.

Since the Intel Galileo board runs an operating system, it can take more time to switch a pin from input to output than on a microcontroller.

The workaround is to add a diode to split the one pin into two pins. This way the Galileo don’t have to switch one pin between being input and output. Like this:

A team of researchers with members from the University of California and Rice University has found a way to get...