Every year the Christmas Eve Santa Claus sets out on a journey travels around the globe and sends out presents to all the children around the world. But would it be cool to know where the Santa Claus is at that day? 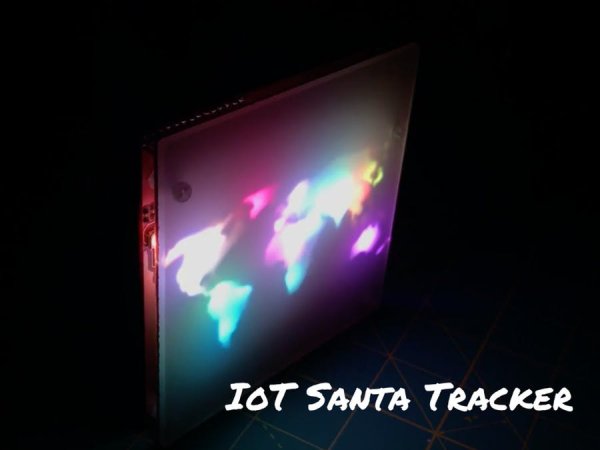 MKR1000 Santa Tracker to the rescue!

You may already know there are two places where we can get Santa location information, one is from NORAD and one from Google. Although NORAD was the original organization who started the Santa tracking tradition, but Google provides a developer friendly (undocumented) API for the Santa tracking. With this API you will be able to track the real time Santa information including the location, arrival and departure time, presents sent at the location, the same as on the Google’s Santa tracking web site. So in this project I chose to use Google Santa data to implement my Santa tracker.

The idea of this project is simple: Use LEDs to show where the Santa have been and the current location of Santa on a world map. Here is what I get at the end of the project:

Overall the design take use of one raspberry PI and one MKR1000 to process and visualize the Santa data fetched from Google Santa Tracker API. 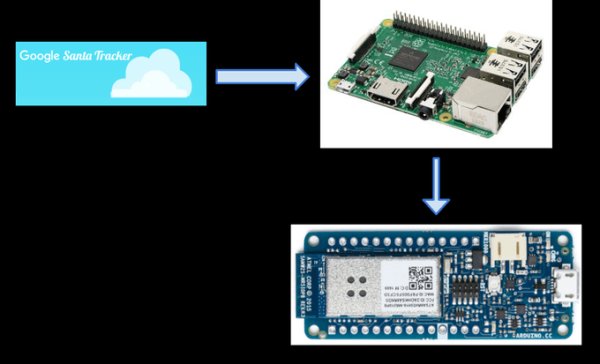 As you can see the data fetched from Google Santa Tracker API is first put though a Raspberry PI. The reason is that the API response JSON is around 20M which is too big to fit into MKR1000’s memory (18M available after my sketch is loaded) for processing. So I’m using a Raspberry Pi 3 to first consume the data, and generate a much smaller data format which is tailer made for my application. The later data is then exposed through a REST API server hosted on Raspberry Pi. The MKR1000 board will call the REST API every 10 seconds to get the current Santa location.

The MKR1000 is connected to a custom PCB which has 30 WS2812B RGB Neopixel LEDs. Each LED represents one geo location. The idea is blinking the closest LED to where the Santa’s current location, and turn on all the LEDs on Santa’s past locations.

The PCB is optimized for being produced by Othermill as a double sided PCB, but should be also easily produced through online PCB services like OSH Park.

I spread 30 neopixels on the PCB, forming a world map. You may not be able to see it right now, but after coating with the negative mask and diffuser it would be easier to recognize.