When we first saw the PZ1 laptop — a 6502 laptop-style computer with a small display and 512K of RAM — we couldn’t help but think of the old AIM 65 computer from Rockwell, although that only had 1K of memory. The other thing the AIM didn’t have was an ancillary microcontroller to help out that is way more powerful than the main processor. 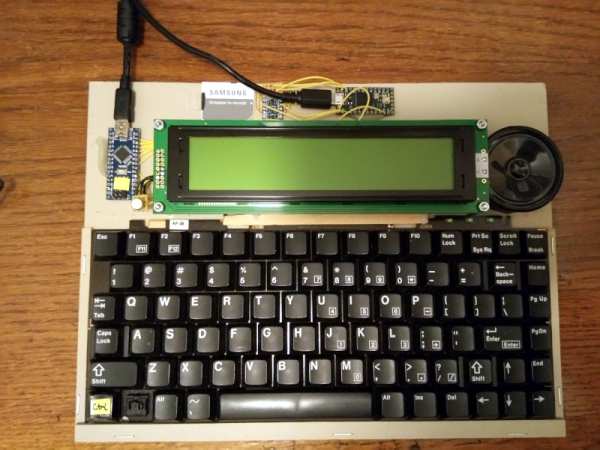 There are actually several versions of the PZ1 and you can find some very detailed information over on Hackaday.io and GitHub. Recently, [Adam] release version 2.0 and tested some PC boards that are working well.

Of course, you need software. [Adam] has ported Fuzix over which is nice. We wonder what the Rockwell designer would have thought of such an extravagance of memory, an SD Card, and a larger display. They’d probably complain there was no thermal printer.

A lot of the supporting functions use a  Teensy and an Arduino Nano. There is also a Raspberry Pi Pico in the mix. That offers a lot of possibilities for future upgrades for displays. Maybe an ESP32 could even put it on WiFi.

For us, when we want to play with 6502 code, we grab a Kim-UNO, even though it is emulated. We’ve seen a lot of 6502 activity lately. Not bad for a CPU approaching 50 years of age.

We’ve seen a few Raspberry Pi TVs in the past, including this retro TV simulator and The Simpsons-themed TV that...