Audi is fitting laser headlights as standard on its limited-edition Audi R8 LMX.

Lasers are away of adding intensity to the centre of a headlight main beam, allowing solid-state front lighting to beat ‘xenon’ HID (high-intensity discharge)-based lamps which were continuing to out-shine LED headlamps.

In a laser headlight, a blue laser is directed through a phosphor, resulting in a narrow cone of ‘white’ light. 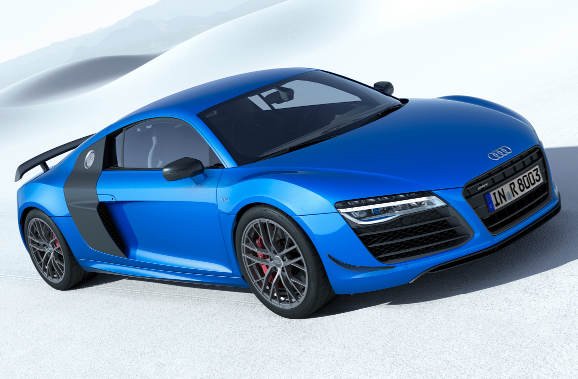 In the Audi case, there is one laser module per headlight, and within each module are four 450nm laser diodes producing 300µm beams. Post-phosphor, the firm has selected a colour temperature of 5,500K.

The strategy is to add the laser to the main beam to increase down-the-road illumination – in the Audi case above 37mph. A camera based sensor system detects other road users and actively adjusts the light pattern to avoid dazzle.

Last year Audi fitted matrix LED headlights to the updated A8 – switching on and off leds in an array to shape the headlight beam.

BMW is going to offer laser-enhanced main beam as an option on its i8 car at the end of 2014.

The reason lasers are better than LEDs in adding ‘punch’ to a headlight is light intensity – the term to google is ‘etendue’ if you are keen.

Looking for a Lego Raspberry Pi B+ case ? Then you have come to the right place. I made this...