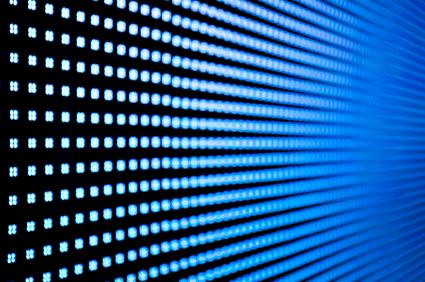 It has long been predicted that inter-chip and even intra-chip data links must ultimately move from the electrical to the optical domain. Prior work in the field has typically involved lasing light sources being fabricated separately from, and tightly coupled to, a host IC. A group of researchers from the UK has demonstrated the first practical laser that has been grown directly on a silicon substrate.

The EPSRC-funded* UK group, led by Cardiff University and including researchers from University College London and the University of Sheffield , have presented their findings in the journal Nature Photonics (“ Electrically pumped continuous-wave III–V quantum dot lasers on silicon ”).

The lasing structure was formed in indium arsenide/gallium arsenide layers grown directly on a silicon substrate; the research group notes that previous work has involved wafer bonding techniques to merge electrical and optical (lasing) structures. The group built CW lasers – electrically pumped InAs/GaAs quantum dot lasers – emitting at around 1300 nm (infra-red), with wavelength being somewhat temperature-dependent. Room-temperature output power exceeding 105 mW and operation up to 120 °C, sustained for over 3000 hours of operation, yielded data that predicted a lifetime (using conventional extrapolations) over 100,000 hours. Their results, say the group, are, “a major advance towards reliable and cost-effective silicon-based photonic–electronic integration.”

Professor Peter Smowton, from the School of Physics and Astronomy at Cardiff, said: “Realising electrically-pumped lasers based on Si substrates is a fundamental step towards silicon photonics….

“Our breakthrough is perfectly timed as it forms the basis of one of the major strands of activity in Cardiff University’s Institute for Compound Semiconductors and the University’s joint venture with compound semiconductor specialists IQE.”

Professor Alwyn Seeds, Head of the Photonics Group at University College London, said: “The techniques that we have developed permit us to realise the Holy Grail of silicon photonics – an efficient and reliable electrically driven semiconductor laser directly integrated on a silicon substrate. Our future work will be aimed at integrating these lasers with waveguides and drive electronics leading to a comprehensive technology for the integration of photonics with silicon electronics”

For more detail: Lasers built on silicon are a step towards fully integrated photonics

About this project Currently, universal apps are sandboxed to the point of blocking you from reading/writing data files to a...