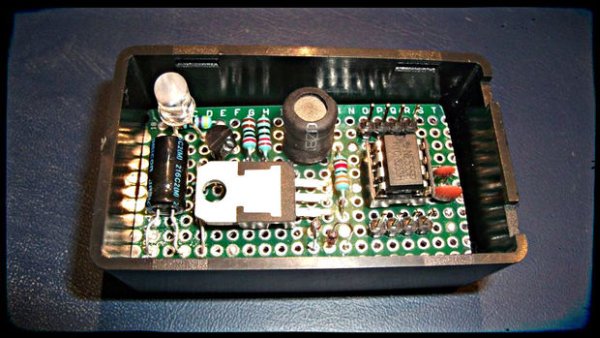 Ensuring your vehicle batteries are always in good condition is important.

Preserving of our environment is/should be mandatory.

This project supports both purpose. It recycles an outdated feature phone wall adapter to create a lead-acid battery float charger. The wall adapter gets a new life and the lifetime of the battery extends.

You can build a reliable float charger unit using a few items, almost for free!

What do you need to build a float charger?

Expected total cost: less than $5 (or free if you already have these items in your repository).

Note: if you want to jump immediately to the circuit diagram and the build instructions, go to step 6. Otherwise stay with me and let’s discuss a thing or two about battery charging.

Even if they are not used their charge level drops in weeks due to self-discharge. Even worse a discharged battery may lose its ability to get recharged.

If you do not use your motorbike on the winter or your car stands for weeks — you better have a float charger connected to the battery. Otherwise you probably encounter engine starting problems, and your battery’s lifetime is getting shorter. In a depleted battery the emerging sulfation on the negative plates is avoid the battery to take adequate charge again, and a vicious circle happens: the battery is unable to get fully charged, which increase sulfation, which avoids proper charging, and so on, until your rather new battery is ready to be recycled.

(Good to know: even a sulfated battery can be restored by desulfation process, and high current impulse tools called desulfators are available to decrease or eliminate sulfation. However, your best shot is preventing sulfation at all, and the best way to do this is to never let you battery to get/stay depleted.)

A battery under continuous float voltage charging is said to be under float-charging. Trickle charging means charging a fully charged battery under no-load at a rate equal to its self-discharge rate. (These definitions are from Wikipedia.)

This is a float charger as it provides constant current to the battery. This way we can avoid overcharging without a much more complex feedback circuit (which would surely requires the utilisation of a programmed microcontroller). Overcharging is avoided here by the very low current relative to the nominal capacity of the battery.