Nope, not a misprint – it really is core memory and it really works, even if it is only 32 bits! 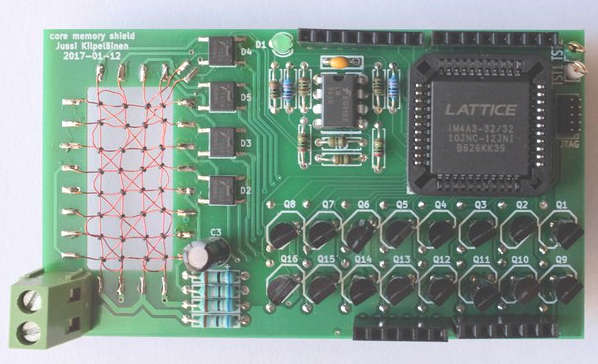 There is no good technological reason for the creation of a core memory card for the Arduino – or if there is I can’t think of it. Basically this is a trip down memory lane, a history lesson and a demonstration of how computer memory works.

Magnetic core memory works with an array of magnetic cores threaded onto an x,y grid of wires and a read/write line is threaded through all of them. The addressing is done by activating the row and column line that selects the core you want to read or write and then using the data line to read or write the magnitization of the core. 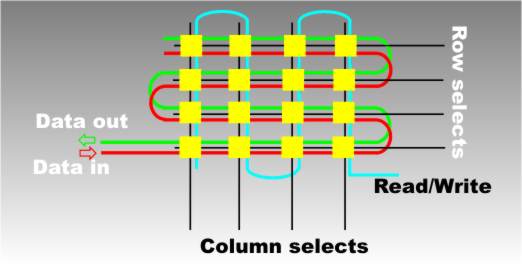 The only real advantage of core memory is that it keeps its data when you remove the power. This means that computers of old could be switched off and when you switched them on they continued from where you left off.

Jussi Kilpelainen has put together a 32-bit demonstration of core memory and you can buy it as a kit for $39.90. The really good part is that you can see the core assembly clearly displayed: 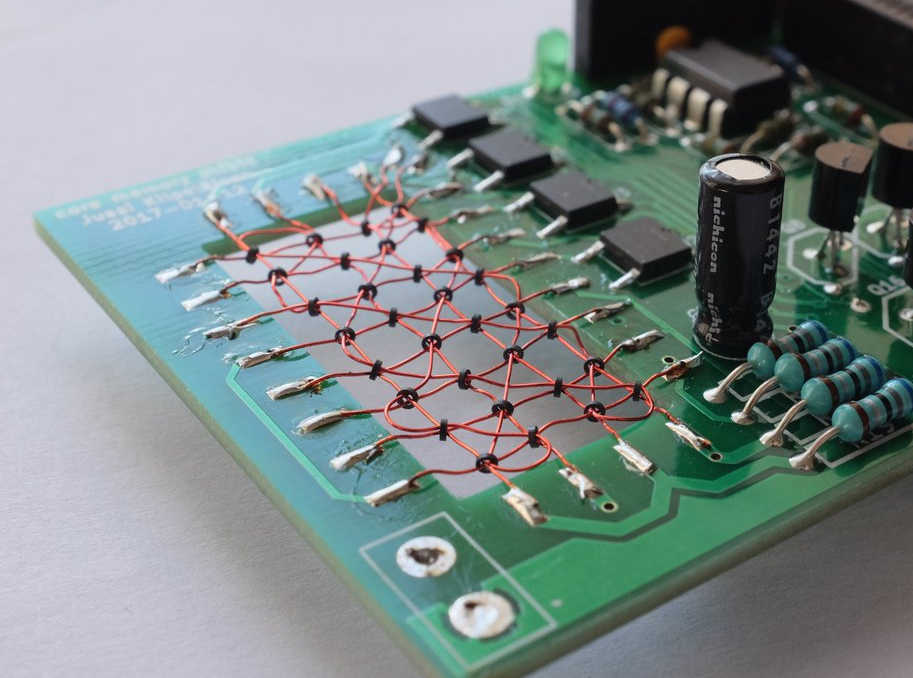 Please note that this is a kit, so you will have to solder. What is really surprising is that it uses a CPLD – a Complex Programable Logic Device. This is supplied pre-programmed in the kit, but you can download the VHDL code to get it to do the job from the website. Personally I would have used some logic gates to do the job but each to his own design decisions.

I can imagine lots of ways that this could be used to explain basic ideas of memory and it would make a good addition to any museum or training course. It would also look good on display.  But is there a real use for 32 bits of magnetic memory?

Improving on the Window 10 IoT project for Raspberry Pi 3.This project is an extension of the CSharp project provided...