An exotic material called gallium nitride (GaN) is poised to become the next semiconductor for power electronics, enabling much higher efficiency than silicon.

In 2013, the Department of Energy (DOE) dedicated approximately half of a $140 million research institute for power electronics to GaN research, citing its potential to reduce worldwide energy consumption. Now MIT spinout Cambridge Electronics Inc. (CEI) has announced a line of GaN transistors and power electronic circuits that promise to cut energy usage in data centers, electric cars, and consumer devices by 10 to 20 percent worldwide by 2025. 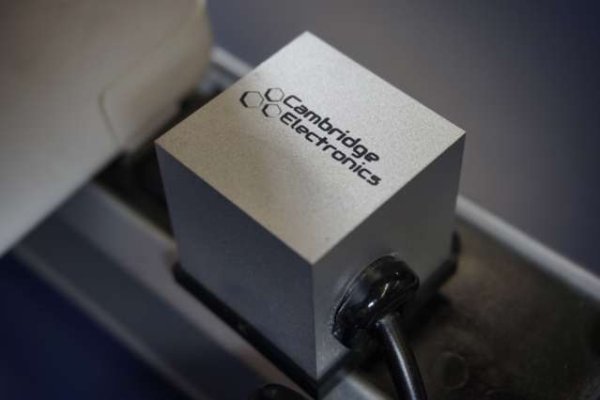 Power electronics is a ubiquitous technology used to convert electricity to higher or lower voltages and different currents—such as in a laptop’s power adapter, or in electric substations that convert voltages and distribute electricity to consumers. Many of these power-electronics systems rely on silicon transistors that switch on and off to regulate voltage but, due to speed and resistance constraints, waste energy as heat.

CEI’s GaN transistors have at least one-tenth the resistance of such silicon-based transistors, according to the company. This allows for much higher energy-efficiency, and orders-of-magnitude faster switching frequency—meaning power-electronics systems with these components can be made much smaller. CEI is using its transistors to enable power electronics that will make data centers less energy-intensive, electric cars cheaper and more powerful, and laptop power adapters one- third the size—or even small enough to fit inside the computer itself.

“This is a once-in-a-lifetime opportunity to change electronics and to really make an impact on how energy is used in the world,” says CEI co-founder Tomás Palacios, an MIT associate professor of electrical engineering and computer science who co-invented the technology.

Inside the Intel RealSense Gesture Camera

The Intel® RealSense™ gesture camera represents another foray by Intel into the consumer products space. The camera has been incorporated...